Professor of Physics at the MIT and Nobel Prize for Physics 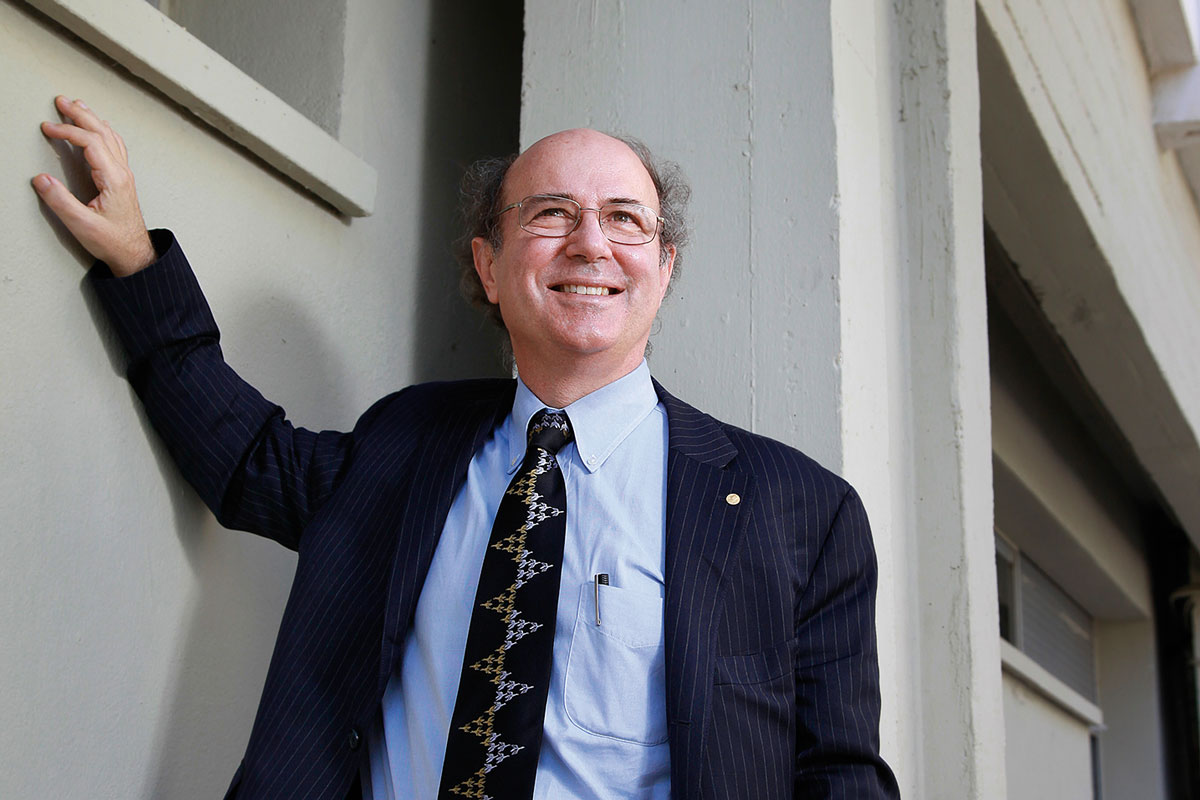 Frank Wilczek (New York, 1951) is a rather unconventional individual. To begin with, his outfit does not fit –a hat and tie together with trainers– and this impression is proven true during the conversation, during which, for instance, he refers to «funny electrons» and takes every opportunity to show his excellent sense of humour.

This professor of Physics from the Massachusetts Institute of Technology (MIT) bluntly defends how science can help improve human life. He does not expect everyone to be a scientist, but he is convinced that becoming familiar with the problems that worried, among others, Albert Einstein or Bertrand Russell widens our world with a whole range of surprising and marvellous discoveries. Wilczek claims that knowledge –and specifically Physics as one of the most crystalline expressions– can help improve human condition.

He was born to a humble family and educated in a public school from Queens, where he was always a couple of years ahead (teachers soon realized he was intellectually gifted). As he explains in his autobiography, written on the occasion of his Nobel Prize for Physics –awarded in 2004–, his parents were immigrants from Poland and Italy who arrived to the United States with nothing but the intention to thrive. He studied Mathematics, but what fascinated him the most was to notice the way mathematical ideas became real and how the world was articulated in a mathematical harmony that could be perceived. That is how he took the leap to Physics. While he finished his studies in Princeton in 1973, he discovered quarks –basic components from whose matter protons and neutrons are created, among other particles– interact with each other more and more faintly as they approach, to the point of behaving as free particles (and conversely, as they move away, the strength of strong interaction increases). That contribution got him the Nobel Prize.

«The experimental discovery of the Higgs particle has been very significant. It is on the same level as other big past discoveries. Given that the Higgs particle was theoretically anticipated, it was a pleasant confirmation of long-developed ideas»

Frank Wilczek visited Barcelona recently to take part in the X International Ontology Congress. After participating in a seminar at the Autonomous University of Barcelona, we had a conversation in an office currently occupied by Víctor Gómez Pin, the author of a congress turned into a celebration of thinking. In the evening, at the Centre for Contemporary Culture of Barcelona, Wilczek gave a conference –during which he shared the spotlight with philosopher Daniel Dennett– on beauty, science and reality, in front of an audience who waited in line to listen to him.

What do you think was the most impressive discovery of the last years in Physics?
For fundamental Physics, I think the experimental discovery of the Higgs particle has been very significant. It is on the same level as other big past discoveries. Given that the Higgs particle was theoretically anticipated, it was a pleasant confirmation of long-developed ideas. On the other hand it has been a very arduous discovery: it has been very difficult to find and demanded a big investment in time and effort. But the story is not over, actually.

What do you think the repercussions of this discovery will be?
The most important one for me is that it supports certain ways of thinking, discouraging others at the same time. The fact that the standard model works so well in general in the LHC (Large Hadron Collider, where the Higgs boson was discovered), together with the discovery of the Higgs particle with a relatively smaller size to what was expected, makes it difficult to accommodate some ideas such as the extra dimensions of space-time. I do not want to get into details, but thousands of scientific articles about these topics now seem to be out of orbit. An idea I think is still very promising is super-symmetry, a theory that connects with very beautiful ideas about the unifying of the different nature forces and of different particles. I hope new evidence will soon appear, leading us to great discoveries in the near future.

«Science, and physics in particular, works better when there is a balance between theory and experimentation»

Are you certain that the LHC will bring us more stunning news, then?
I don’t know, but I expect it to be so. Nothing has been discovered up to this moment that had not been previously foreseen. It is highly probable that more daring and revolutionary discoveries will follow.

The LHC is the greatest, most expensive experiment humankind created ever. What do you think the role of experimentation in science must be? What is its connection to theory?
Science, and physics in particular, works better when there is a balance between theory and experimentation. I started studying mathematics and I am really happy that I took the leap towards physics. This is where magic happens. A whole new level can be reached when one proves how beautiful equations fit reality and how concepts end up materializing in experimental reality. From the decade of the 1980s, in fundamental, high-energy or particle physics, this balance broke. Theory was so successful in clarifying, describing and predicting everything we observe –including Higgs particle– that the only feedback we had from experimentation was the confirmation of theories. I hope this will change and the LHC will allow us not only to confirm theories but also to refute them. 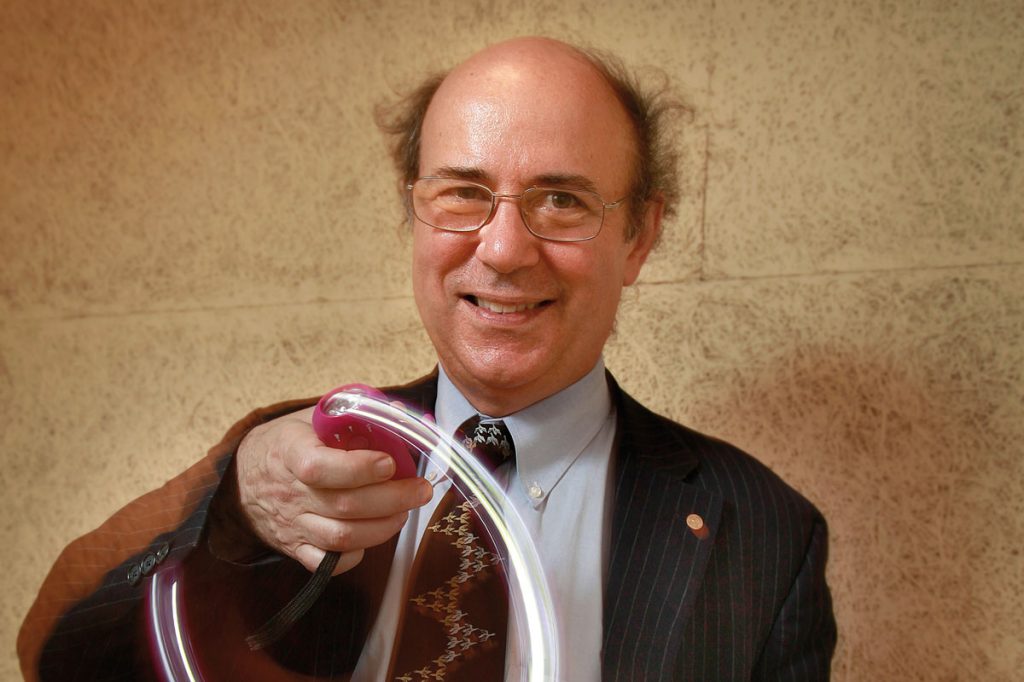 And do you think these discoveries will have impact on society?
I believe society will get results, but not directly. It is very unrealistic to think that a specific discovery can translate directly into a new technology. I do not think that is realistic because the conditions in accelerators such as the LHC are very hard to get. What it can really do is answer the most fundamental questions. Thus, it has a cultural value, because it can answer long-considered issues. It will illuminate how the world is.

But does that make up for such a huge investment as the LHC needed?
Indirectly, the LHC will provide results and will have consequences of great importance, both economical and cultural. Firstly, Europe as a whole participated in the project, and it was a huge success. I think Europe should be proud of this cooperation example as well as being able to generate such a brilliant success in a time of crisis and adversity. It is a place where many scientists from all over the world learn and share knowledge. They also get acquainted with the way cutting edge, last generation technology works. Many of these researchers will not work their whole life with the accelerator, but they will share the experience with students, or with the industry. Or maybe they can develop their own projects. The process of building and maintenance of a construction like the LHC needed also a huge investment, and meant a lot of contracts and implementation of a technology about magnetism and electronics that borders with what is possible. This project contributed, actually, to push that border a little further away.

The number of students interested in scientific fields such as physics is decreasing today. What can be done about it?
There are two connected yet different issues. On the one hand, there is the problem of educating students for physics. On the other hand, there is the education of people to be able to understand physics, and thus increase both their comprehension of the world around them and the interest in more practical aspects related to technology and engineering. It is not clear how many pure physicists the world needs; probably we do not need so many. It is a wonderful field and offers a lot of opportunities, but it is limited when compared to technology and culture in general. Therefore, I think the issue is not so much creating physicists, but people who know how to appreciate the knowledge that comes from physics. Furthermore, I think it is a field that can enormously enrich the life of people with wonderful and surprising ideas.

And a more profound knowledge of science can help protect us from wrong and pseudoscientific ideas.
A very important aspect of physics and science in general is that it also teaches us about what does not exist.

Currently you have also been interested in quantum computers.
I think quantum computers are currently in a situation that is similar to that of regular computers during the 19th century. They are still very primitive. The technology we need to be able to develop them has not yet been created. We have to be patient, because there are some interesting and promising ideas, and I am convinced that these lines of research will end up being productive, although maybe not in the same sense we are looking for today. The problem of trying to control the quantum world is one of the most interesting issues in current physics.

What is the difficulty?
It is very difficult to maintain purity in the quantum world. Firstly, one thing needs to be clear. Everything is quantum and that biochemical laws work perfectly well thanks to quantum physics, which can describe both the structure of the molecules and the reactions that happen in them. The question is if quantum interference, or other phenomena like quantum tunnels, can have any effect on daily life, as has been stated regarding photosynthesis. In general, it is difficult because biology requires big objects and high temperatures, while quantum phenomena happen only in small, isolated objects. It is difficult to imagine the quantum world affecting biology. It is possible, but difficult to imagine.

Mathematician and theoretical physicist Hermann Weyl is one of your favourite authors. Could you explain who else influenced your intellectual career?
When I was a teenager, Albert Einstein’s reputation was huge. And just by chance I grew up close to where he lived in the United States. For all those reasons, he was a great inspiration. Bertrand Russell is also very important for me. And Richard Feynman: his books impressed me before I knew anything about his personality.

Do you think it is important for current physicists to know classic authors?
I think they are amazing and inspiring texts. And simply put, they are funny. The works of Galileo, Kepler or Copernicus are beautiful, and it is also interesting to check how these great minds took care of the problems of their time. We sure won’t find any secret messages in their books! But it is inspiring to learn the way they thought about the world and its problems. An author as Maxwell –for whom I feel a great affinity– developed ideas on different levels, from very practical aspects to philosophical questions, and knew how to combine these distinct contributions. Those books really worked for me.