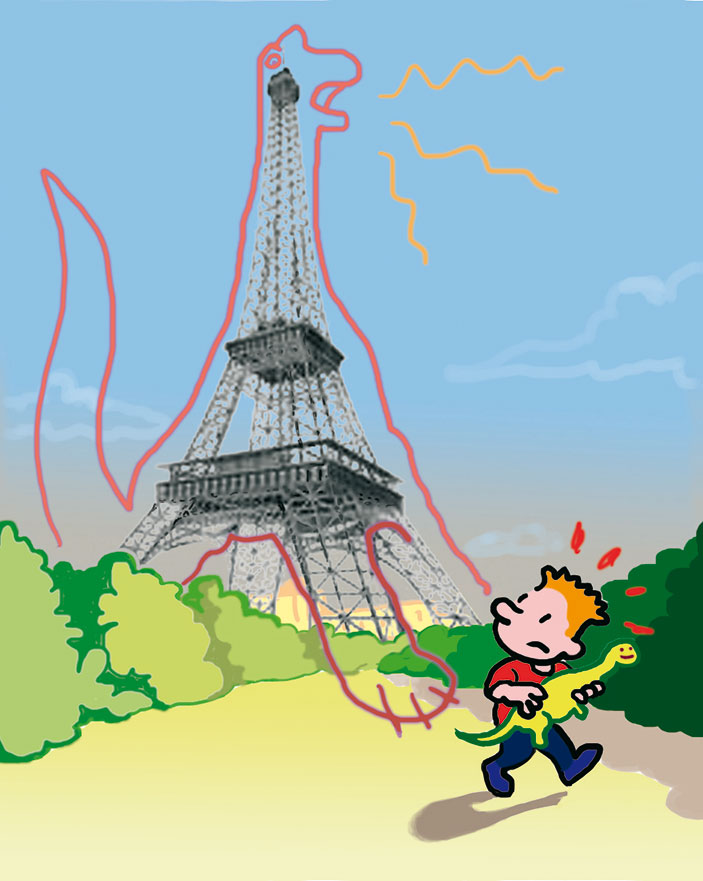 Going unnoticed is a clever way of going around. It is a practical way to survive in hostile environments, prone to make your existence a misery. If you have extra strength and vigour, that is fine. But if your enemies surpass you, you better do not let yourself be seen. Nothing is more pathetic than a shouting person crushed mid-statement. Like that bandit finished off by Indiana Jones with a cavalier shot, indifferent to the sabre he was wielding with threatening intentions.

Chameleons know that. They stay still and change colours. They encrypt themselves. It is a common mistake to say they mimic something. Adopting the colour of surrounding things is not mimesis but crypsis. The flies that look like bees are mimetic. The chameleons that adopt camouflage colours are cryptic. Still and chromatically encrypted animals are hard to see. That is what it is about. They will go unnoticed to the eyes of predators. Or they will capture their prey better, since their discreet and lethal presence will not be noticed on time.

A recent discovery seems to beat all records in this regard. In the small Nosy Hara archipelago, a group of uninhabited islets in the North of Madagascar, a hitherto unknown chameleon species has been found whose adults barely reach 3 cm in length; the young ones, which do not reach 1 cm, fit comfortably at the edge of a fingernail. It has been given the name Brookesia micra. All the species of the Brookesia genus – at the moment we know 26 – are small, but this one is minuscule. They are brownish little animals that move cautiously through the leaf litter. What predator can see a micro reptile with brown tones and less than three centimetres that stays almost still among the equally brown leaf litter? None. Neither predators nor scientists, which is why the species remained unknown to science until February 2012.

«How can the blueprint of a minute chameleon be used to make crocodiles or dinosaurs…? More than in the material, the success resides in the reticular structure»

This minuscule chameleon has the same bone arrangement as any gigantic crocodile. To me, that is mechanically surprising. A shell like a prawn’s would have been enough to serve as a skeleton. But history weights on it. The primitive reptiles were small animals that ended up being dinosaurs, but also small things like this Brookesia. I find it fascinating that the same bone can become so big or so small. It is the same thing with mammals. Just compare a mouse’s skeleton with an elephant’s. It is not obvious at all that these changes in size come from construction plans that are so similar. Eiffel claimed that the towers of ceramic material proposed by his competitors for the contest that he eventually won in 1887 would not hold because they exceeded the load-bearing capacity of terracotta. He was right, modern simulations made from the plans of the finalists show that those constructions would have collapsed: bricks cannot be used to make towers so high.

How can the blueprint of a minute chameleon be used to make crocodiles or dinosaurs…? More than in the material (calcium phosphate and carbonate, collagen and water, basically), the success resides in the reticular structure. It is the same solution, light and resistant, of the Eiffel tower’s iron latticework: the air of a prismatic box containing the tower (125 × 125 × 357 = 5,578,125 m3) would weight as much as the tower itself, about 7,300 tons. All the tower’s iron, melted on its base of 125 × 125 = 15,635 m2, would only be 6 cm thick. Which is to say that the Eiffel reticle had already been discovered millions of years ago by vertebrates, whose bones cover a very wide range of load-bearing demands.

I think that the Brookesia micra does not know that. It does not need to. Exploiting the benefits of small size and crypsis is enough for it. They work: it has taken us three and a half million years to find it.