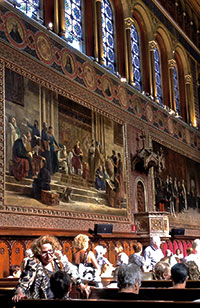 There was a time when Homo Sapiens coexisted with other species of the same genus such as Homo neanderthalensis or Homo denisova. However all the groups were very small. Today we determine two pieces of evidence: we are now alone as a species (1) and we live in collectives of thousands or millions of individuals (2). The story of humanity’s dishonour is the story of intolerance between human collectives of the same species. Today we label as racists those who find enough differences to hate within their own species. How would they feel if they had to share a bus with a Neanderthal citizen? Many will say that something like that must have happened for us to end up alone as a species on the planet. In the first confrontations between sapiens and Neanderthals, the latter ones came up the winners. In the one-on-one – or the few-on-few – conflicts, Neanderthals had every chance to win, maybe due to their strength, maybe because of their aggressiveness. When were the terms reversed? Did the rest of species in the Homo genus go extinct on their own or with the help of the sapiens? And if that is the case, how did they manage?

The anthropologist Yuval Noah Harari has quite an original suggestion. Humans managed to create great collectives at two different points. In the first stage they went from groups of a few individuals to groups of around 150. And in the second stage they leapt to collectives of millions of individuals. What had to change for such social groups to be cohesive? According to professor Harari, the first stage was reached thanks to the acquisition of a new ability: gossip. A mutation enabled a language leap which, in turn, allowed them to enjoy speaking (ill, in most cases) of the fellow person. The idea is a leader cannot keep a group united if most of the individuals do not know him or her directly, especially when there is no indirect possibility either. But if a kind of joy enters the mind when we talk about what happened to a neighbour, then the leader does not need to keep renewing authority through direct conversation with each member of the group. «What’s important is that people talk about you, even if they only say good things», Salvador Dalí dixit. No other animal gossips. They simply lack the language for it. Animal language exists, there is no doubt about that, but it can only convey information in blocks that are too rigid, too foreseeable and restricted. A monkey’s screech, for instance, can mean: «Beware, beware, an eagle is coming!» Of this we are sure, because if we record the screech and play it for a group of monkeys, they will look up, terrified, trying to pinpoint the position of the announced threat. There are even monkeys who use these coded messages to lie and get the food left behind by another monkey fleeing in a hurry. However, the dictionary for this kind of messages is short and restricted. Such a language can solve a fistful of survival problems, but it does not help to improvise against the whims of uncertainty. The pleasure and ability to gossip are clear signs that language has evolved to the point where it can be used to communicate news about current events. The pleasure of gossiping helps to keep collectives of around 150 members united. Not much, but maybe enough for a large group of sapiens to prevail over smaller groups of Neanderthals. As we can see, the yellow press (and the so-called junk TV, where the private lives of dispensable celebrities and indispensable nobodies are aired out) is rooted in the depths of the Homo sapiens history. The next step is reaching collective sizes that bring together tens of thousands or millions of individuals. In order to do that we need a second leap, the achievement of a language that can relate and transmit myths, fiction, legends or beliefs. At this point we are already inventing gods and homelands. 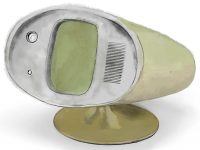