Science guided by curiosity or by objectives 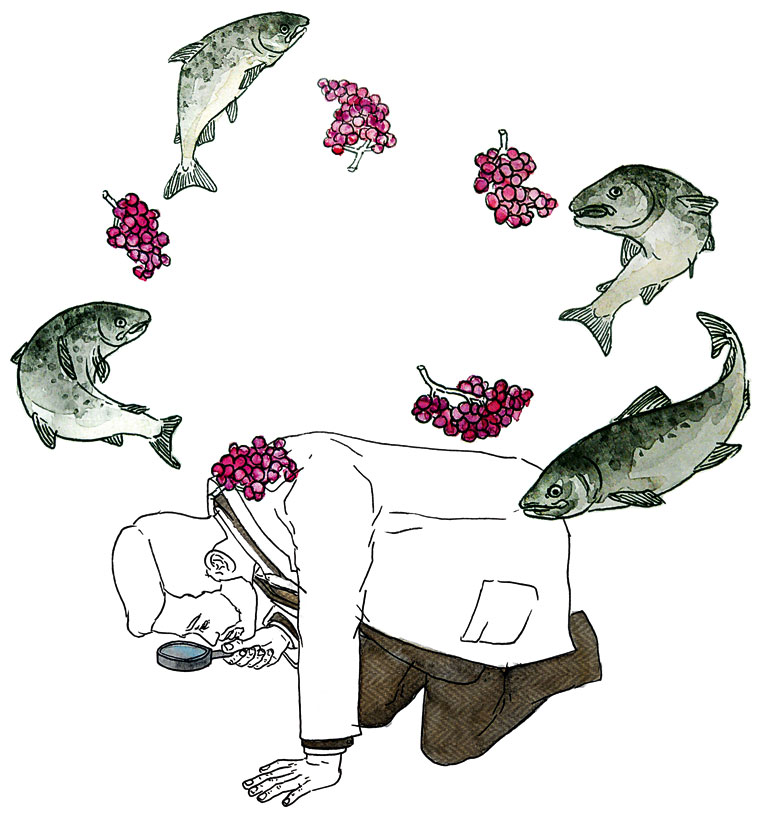 In 2007 chaos broke out in some offices of the Government of Chile. An ISA outbreak (infectious salmon anaemia) was detected in the fish farms of the Chiloé Archipelago and it began to spread quickly across other facilities in the Chilean coasts. Right away drugs and vaccines from Nordic countries were imported, but they did not work, perhaps because of the different water salinity or because of the difference between salmon species. There was no way of stopping the infection. The salmon industry, a sector that produced more than 800,000 tons of fish every year, brought 5,000 million dollars a year in exports and was the first source of employment in the south of the country, was seriously threatened. Luckily the virus could be controled before the total destruction and the sector began to recover driven by the growing demand around the world. But the crisis lasted for two years, led to the death of almost 80% of Chilean salmons, 2,000 million dollars of lost revenues, a brutal risk of unemployment and a fear into the hearts that the authorities have not yet forgotten.

The Chilean engineer and economist José Miguel Benavente told me this story. He is now the chief of the Competitiveness, Technology and Innovation Division of the Inter-American Development Bank (IDB) in Washington DC and at that time he was a professor at the University of Chile and the vice-president of Chile’s National Innovation Council. And he used it to explain that when the crisis broke out they went to Chilean universities in pursuit of salmon biology specialists but they could not find a single specialized department. «How is it possible? How is it possible that Chilean science is neglecting such an important sector for the country?» José Miguel wondered with rhetoric. Months later he tried to find out how many Chilean researchers the wine industry had, which brings 3,000 million dollars a year in exports, and he discovered that there were only 3 doctors in vine biology nationwide. «What if suddenly there is a problem in the soil, or phylloxera, or who knows what? Or we simply want to improve some aspects of production? Why are there so few capable researchers in this field?»

José Miguel knows the answer: because neither salmon nor grapes awaken the intellectual curiosity of the Chilean scientists and because the Government did not provide incentives nor explicit directions for the scientific community to work on these areas. A failure by both parties and the perfect context for debating on whether scientists should enjoy freedom to investigate whatever they want guided by their curiosity (curiosity-driven research), or if they should have a more pragmatic view and both Government and society should indicate priorities and objectives (mission oriented research).

«Scientists usually defend that free exploration of the unknown always brings unexpected progress that ends up improving our culture, welfare, and economy, too»

Scientists usually defend that free exploration of the unknown always brings unexpected progress that ends up improving our culture, welfare, and economy, too. And they are absolutely right. But this does not happen magically, and whoever applies the knowledge needs to be different from the one who generates it. José Miguel Benavente himself is very proud of Chilean astronomical observatories and the good level of publications related to basic biology in his country, but as a person in charge of science policies in an institution such as the IDB, his mission is to push science to have the maximum impact in the development of Latin American countries. The data, in addition, shows that science creates more wealth the closer to the productive sectors of the country it is and, since Latin American science follows a very academic tradition, he thinks that Governments, besides defending quality basic science conscientiously, must have the capacity to take most of the talent and encourage researchers to also study salmons, agriculture or procedures to improve copper extraction.

«When science communicators talk about science to society, we seem to be looking for people and politicians to bear in mind what researchers have to tell them»

Of course everything is about balance, and by no means the intellectual instinct of top researchers has to be sacrificed. Long live curiosity as the science engine. But let us not forget that Spain, for example, ranks tenth in global scientific production (talking about publications) but holds a mediocre eighteenth place at European level in innovation. Certainly, this does not seem very balanced. It is true that the situation is improving with an industry that begins to approach to science and young researchers with a more enterprising culture, but there is still a long way to go. When science communicators talk about science to society, we seem to be looking for people and politicians to bear in mind what researchers have to tell them. It is great, but it would not be bad either to try the reverse direction and bring society closer to science, demanding attention from the scientific community to the priorities of some people and leaders, which may sometimes go unnoticed.