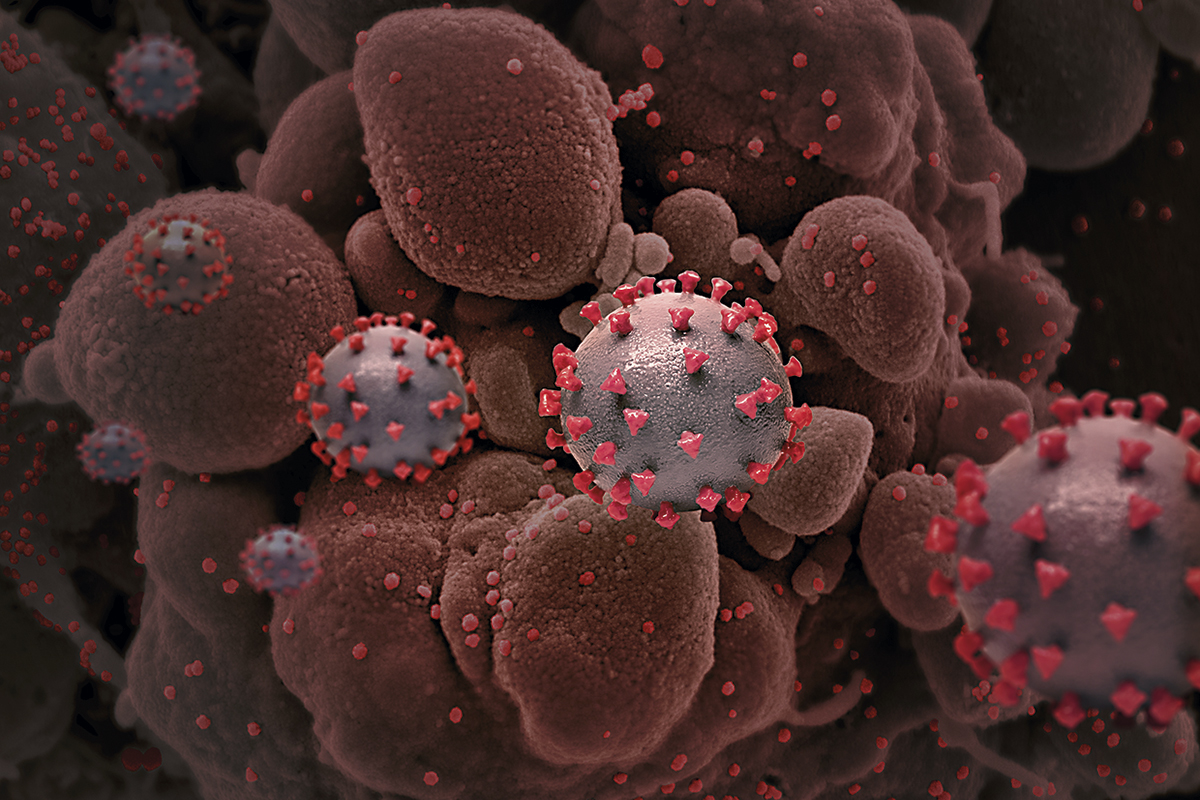 The idea of human self-regulation expressed by David Quammen regarding the COVID-19 pandemic is both provocative and disturbing. The author of the essay Spillover (2012), compiles past emerging zoonoses. It reminds us that zoonoses, infectious agents making the leap from animals to humans, are a relatively frequent natural phenomenon. From this communicator’s point of view, epidemics affecting humans are like pests infesting a large crop: the pandemic would be a consequence of the extensive monoculture of our species. Predators, parasites, or emerging pathogens can often proliferate with no limit other than the abundance of the parasitised or infected host species. The COVID-19 pandemic, caused by SARS-CoV-2 (severe acute respiratory syndrome coronavirus 2), has possibly arisen because we are very abundant, susceptible to infection, and highly connected to each other.

Consider that about 60 % of human pathogens have a demonstrable animal origin. Rabies, bubonic plague, vaccine tuberculosis, the 1918 Spanish flu, the 2009–2010 influenza A (H1N1), HIV, Ebola, Marburg virus, to name but a few, are well-known examples of zoonotic infections. Ignoring our animal nature, what we call zoonosis is when the jump of the pathogen occurs from animals to humans, whereas when the opposite is true, we call it anthropozoonosis. And the exploratory potential of SARS-CoV-2 is so great that this phenomenon of reverse infection from humans to other animals has also been described for cats, dogs, tigers, and mink in the current pandemic.

As the abundance of our species on the planet increases, so does the area of contact with wild animal species and their pathogens. Perhaps the eventual onset of the pandemic in China was not accidental. A combination of the invasion of natural areas rich in mammals, densely populated cities, and the long-standing habit of buying live animals, both farmed and occasionally wild, in consumer markets are factors that could have facilitated this zoonosis. I single out mammals because, in principle, the closer the species involved in the zoonosis are phylogenetically speaking, the more likely the pathogen is to adapt successfully to a new host species.

We cannot say that we had no previous warning from the coronaviruses. COVID-19 is the third emerging zoonotic coronavirus-derived disease in this century and was preceded by SARS (Severe Acute Respiratory Syndrome) in 2003 and MERS (Middle East Respiratory Syndrome) in 2012. Both are caused by different coronaviruses circulating in bats, but with two different intermediate host species between them and humans: civets in SARS and camels in MERS.

SARS-CoV-2 moves between silent dispersal and mortality, and has an unpronounceable code name. It poses a challenge of extraordinary dimensions and requires unprecedented efforts in containment, prevention, diagnosis, and treatment. The molecular biologist Joshua Lederberg (1925-2008), winner of the 1958 Nobel Prize in Medicine or Physiology for his contributions to the field of microbial genetics, pointed to the solution to emerging infectious diseases: It is our intelligence against their genes. This may be our only recourse.