Social order and the human body: anatomy as a metaphor 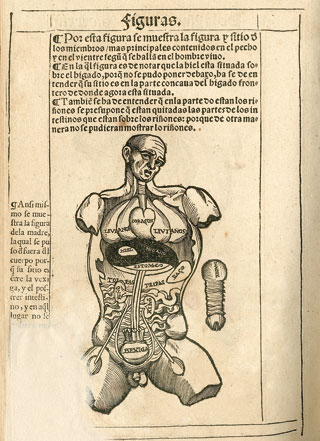 The human body is a cultural construct, the convergence point of all kinds of cultural elements: scientific, artistic, and religious. If classical natural philosophies identified the body with the cosmos within a Unitarian conception of nature, the image of the human body has always been full of religious, natural or political metaphors, as is the case with Miquel Servet, who in the fifth volume of Christianismi Restitutio used blood circulation as an argument to debate on the dogma of the Holy Trinity. Many Renaissance authors used the organisation of the body as reference and model for social structure and political and domestic order. It is well known that narratives on human nature have usually contributed to justify social order as natural.

In the appendix of Libro de la Anothomia del hombre, titled “Declaración de un sueño que soñó […] el Marqués de Mondéjar” (Declaration of a dream dreamed by the Marquis of Mondéjar), the full professor from Valladolid Bernardino Montaña de Monserrate compared domestic and urban organisation with the human body, composed of three rooms that complement each other for maintenance: one for production and reproduction, another one for warmth and defense, and the third, more elevated, to oversee. A hierarchical representation that conforms to the three strata of feudal society and to Platonic natural philosophy.

In Nueva filosofía de la naturaleza del hombre (New philosophy on the nature of man, 1578), Oliva Sabuco talked about a nervous juice that transmitted sensations and movement, using a botanical analogy between human blood and plants sap and outlining a tree conception of the body. The king or prince of the organism is in the brain and the rest of members are at its service. In another work, The true medicine (1587), Sabuco delved in the political approach to the body. If the cosmos has a prince, creator and ruler, the «small world» (microcosm) must have a prince as well, the origin of action, movement and decisions. That is the soul, that inhabits the brain, the main organ in our body. The brain occupies the highest position and Sabuco represented the human body as an inverted tree that receives and transforms the substances of the rest of organs, turns them into nervous juice and disseminates it via the nerves to provide sensitivity and movement to the whole body.

The diagrams for the ideal city drawn by Leonardo da Vinci for Florence were based on an organic conception, inspired in the human body. He distinguished an environment to the contemplative reflection of the ruling gentlemen, prudent and illustrious, and another one for preservation and maintenance, to satisfy defense, reproduction and the rest of material needs of the inhabitants.

Medical Platonism and the legitimation of the social order were behind the body conception created by Renaissance humanism. The architect from Florence Antonio Averlino, better known as Filarete, claimed in his Trattato de architettura that any architectural space should be conceived as a human form, in order to respond adequately to the needs of the inhabitants. This point is indisputable because, as Francesco di Giorgio Martini stated in the Trattato di architettura civile e militare (codex, 1841 edition): «the human body is better organised than any other, it is more perfect, […] so it is advisable to make every building resemble it». Body architecture built following order and hierarchy. 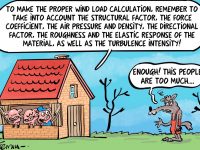