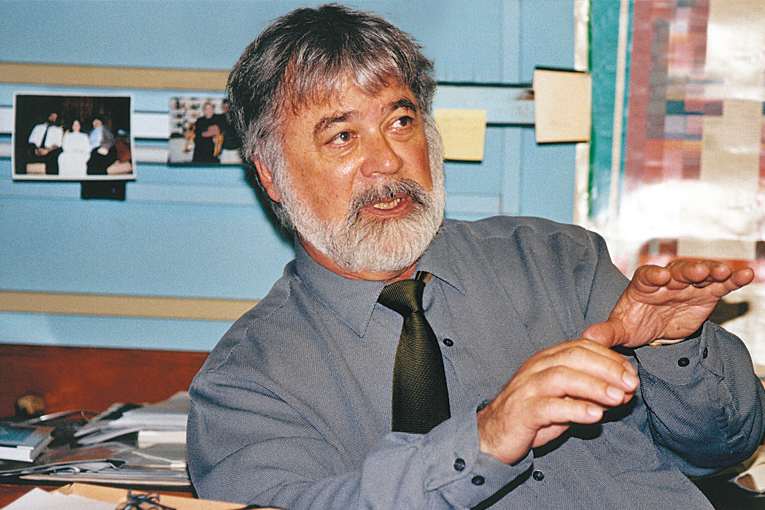 Niles Eldredge works for the American Museum of Natural History in New York. He is a curator in the Palaeontology department specialising in trilobites, an extinct species of arthropods that lived between 543 and 245 years ago. Eldredge joined the Museum right after finishing his doctoral studies in Columbia University in 1969.

Eldredge has spent most of his professional life trying to find an answer for the question that has haunted him throughout his life —why does the fossil registry not correlate with Darwin’s premise that says tat evolution is unstoppable and gradual?

In order to solve this issue, Stephen Jay Gould, who later became a very well known Professor at Harvard University, and Niles Eldredge himself, formulated in 1972 the theory known as “Punctuated equilibrium”, also known as jerky evolution, renamed evolution by jerks by Richard Dawkins, one of their strongest opponents. 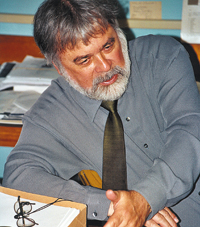 What was the “Punctuated equilibrium” theory about when in it was introduced in the 1960’s?
Well, by the end of the 1960’s Gould and I were working at the Museum while getting our doctorate in the University of Columbia. I had known him for a very long time, since we were studying our degree. He was two years ahead of me in his studies. I wanted to do research on the evolution of invertebrate fossils. Back then everyone wanted to do this kind of research, because there are more fossils of invertebrates than of vertebrates. It was easy to go to the country and take samples and observe how they vary. We could take samples from different periods of time and different territories and environments and observe their changes. This was possible thanks to the biology developed in the 1940’s, the 1950’s and the 1960’s, which remarked the importance of geographic variation and isolation in evolution. We were there trying to document the patterns of change, and what we found, what I found at least with my trilobites by the end of the 1960’s, was that they did not change with the passing of time… I was scared. Fossils remained basically the same. I swear I was really scared, because I was writing my doctoral thesis by then…

«I think evolutionary sociobiologists and psychologists have adopted a mistaken model when they say that, ultimately, all human activity can be understood from the point of view of reproduction»

And you thought you were left without a thesis…
Exactly! I needed positive results for my thesis! Evolution is supposed to show some kind of change over time. I was working with millions of years and I found no basic changes or very small ones. It was scary! Particularly, I was studying the eyes, and I noticed there were changes over time, but what happened was that trilobites remained stable and, all of a sudden, there were dramatic changes related to geography. Geography is crucial! I am talking about the concept of geographic speciation. Darwin had already dealt with this concept, but somehow left it and moved away from it. This concept was revived in the 1930’s in the USA. Without isolation your chances of change are few, but new species can appear if populations separate. This idea fitted with my data. The only novelty I introduced was that, after the separation and evolution of the new species, these don’t change much. I mean, there was a balance.

And how has this theory evolved in the last thirty years?
Many things have happened. There were big discussions in the 1980’s. But I think that what is happening now is more exciting. I had already seen it in the 80’s, but I was scared of talking, because it was not only about my trilobites, but everything included in that same fauna what remained stable with the years. And when things were changing, everything seemed to be changing at the same time. That is, it was a change that affected a whole ecosystem. And now we start to see there is a series of fauna, one after the other, in time; and also that there is a great stability in the history of life. But, every once in a while, usually due to environmental causes, there is a kind of threshold, and then there is a great extinction and immediately afterwards there is a quick evolution, which stops later on. Then a new kind of fauna appears.

«Culture dominates human life ever since the first stone tools. Our development patterns have been disassociated, I would say, from the environment»

And how does that fit in human evolution?
Very well at the beginning, not so good later on. I will explain why. 2.5 million years ago the planet’s temperature dropped. Africa became colder, and especially drier, for over 300 thousand years 2.8 million years ago. Wet forests became open savannahs. With the sudden —geologically speaking— transformation of the environment, some of the animals managed to survive, but others disappeared and others emerged. Human beings belong to the latter group. Before that, there was the Australopithecus africanus, but this species became extinct, and a new kind of proto-human that lived about one million years ago emerged. This new kind fed only on vegetables and on the surface looked more like a gorilla, but it became extinct as well. Here it is a good example of how this theory fits —the next step was Homo erectus, who started living in Africa around the first glaciation. This species remained stable for over almost a million years, and it was then when humans spread all over Europe and Asia. This species was very successful and its members built their own beautiful tools. But then culture prevailed. Culture dominates human life ever since the first stone tools. Our development patterns have been disassociated, I would say, from the environment. Along with the invention of agriculture ten thousand years ago people don’t live within ecosystems, at least not in the way we used to do it. 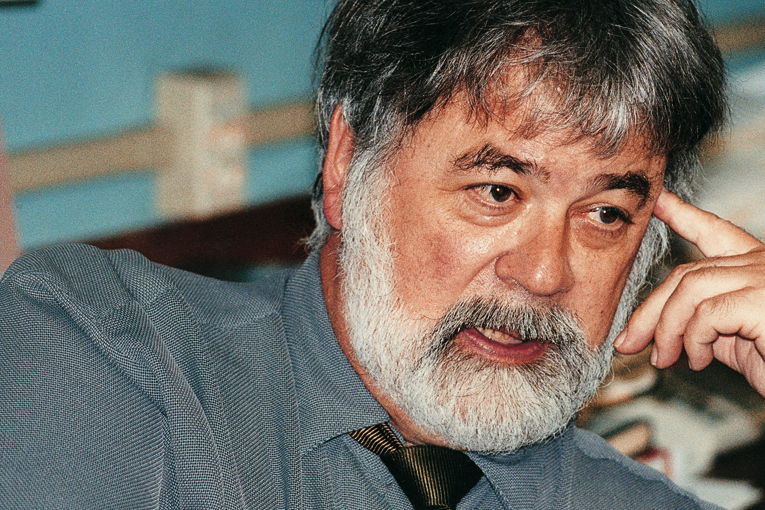 I have read about the conflict between ultra Darwinists and naturalists when it comes to interpreting the evolution of life on Earth in your book Reinventing Darwin. Is there a conflict still today?
Yes, the controversy is still going on!

Which are the points of conflict between the two scientific communities?
The main point of conflict is that ultra Darwinists—people like Richard Dawkins— believe that evolution consists exclusively on the transmission of genes from generation to generation, and its only life objective is surviving with the purpose of making more children than the neighbour. And we say that that is not true. Reproduction is important. Without it life would have been over thousands of millions years ago. But life is also living, and we live most of our lives without even considering reproduction. Saying that the basis of human sexual behaviour is procreation is ridiculous, because sex is not necessarily associated to reproduction. Of course you need sex to have children, but sexual activity makes sense in itself, and is closely related to the different roles or economic function of each individual. Sex has now a different meaning for human life beyond reproduction, whereas if you look at a deer or a lion, sex is only reproduction. I think evolutionary sociobiologists and psychologists have adopted a mistaken model when they say that, ultimately, all human activity can be understood from the point of view of reproduction. Obviously not. 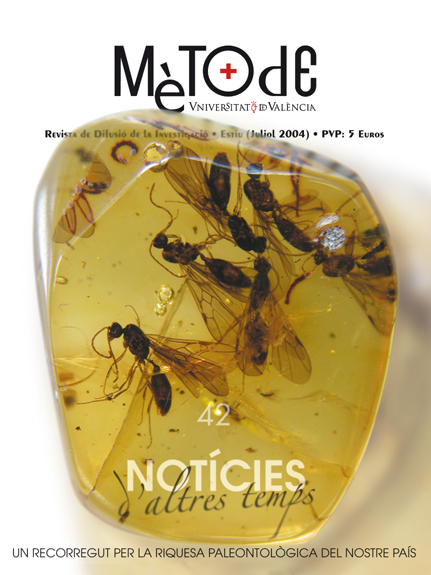 News from other Times

A Tour Through Paleontology Richness