Both of Alice’s adventures consist of two trips, but actually they are two dreams from which the protagonist can wake up at any time. These adventures come close to nightmares more than once. The illustrations by John Tenniel suggest it so. The second journey is much more complicated. Alice dreams about the Red King, who dreams about her at the same time, and someone tells her that if the king wakes up, she will disappear, because she is only a dream of the monarch.

Lewis Carroll proposes, to both adults and children, an amazing journey to knowledge in the broadest sense of the word. Curiosity is presented as the engine leading to learning. This quality of Alice’s sharpens her wit and, at the same time, she incorporates the trial and error method. 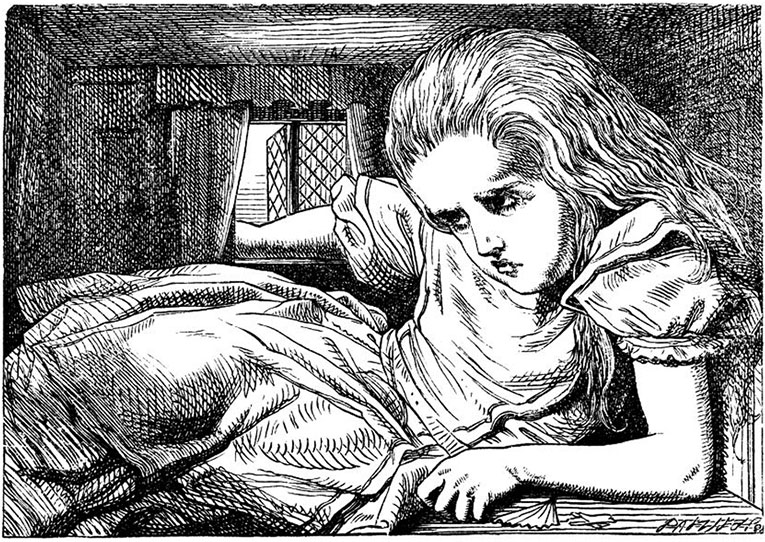 The Red Queen Hypothesis is also known as the Red Queen Effect or The Red Queen Race. It is a hypothesis on evolution, which describes the continuous necessary improvement of species, only with the purpose of maintaining the status quo within their environment. The concept is taken from Through the Looking Glass, where, on its second chapter, the main character is taken by the Queen’s hand in order to be able to run together in her journey along the squares of the chessboard. She sees that, even though they were moving fast, practically they had not moved from where they were:

‘Now! Now!’ cried the Queen. ‘Faster! Faster!’ And they went so fast that at last they seemed to skim through the air, hardly touching the ground with their feet, till suddenly, just as Alice was getting quite exhausted, they stopped, and she found herself sitting on the ground, breathless and giddy.

The Queen propped her up against a tree, and said kindly, ‘You may rest a little now.’

Alice looked round her in great surprise. ‘Why, I do believe we’ve been under this tree the whole time! Everything’s just as it was!’

‘Of course it is,’ said the Queen, ‘what would you have it?’

‘Well, in OUR country,’ said Alice, still panting a little, ‘you’d generally get to somewhere else—if you ran very fast for a long time, as we’ve been doing.’

‘A slow sort of country!’ said the Queen. ‘Now, HERE, you see, it takes all the running YOU can do, to keep in the same place. If you want to get somewhere else, you must run at least twice as fast as that!’

«Lewis Carroll proposes, to both adults and children, an amazing journey to knowledge in the broadest sense of the word. Curiosity is presented as the engine leading to learning.»

The Red Queen analogy is used in order to explain two phenomena— the advantage of sexual reproduction at an individual level, and the everlasting arms race between species. On the first version, microevolutionary, each individual is an experiment of the mixture of genes of their progenitors, which enables species to evolve quickly. On the other version, the macroevolutive one, the probability of extinction for a group of organisms, usually a family, is hypothesised inside the group, and at random between groups.

The Red Queen paradigm is the arms race between predator and prey— hares run increasingly faster so as to escape from foxes, what forces foxes to run increasingly faster in order to get as much food as they used to; the shells of the preys become increasingly harder and the predators’ claws become increasingly stronger, which makes them all advance. This hypothesis was proposed by Leigh Van Valen (1973) at a macroevolutionary level. Almost a decade later, Graham Bell (1982) proposed a microevolutionary version, in this case referring to sex and reproduction.

«The Red Queen Analogy is used to explain phenomena, the advantage of sexual reproduction at an individual level, and the constant arms race between species»

According to recent studies, carried out on thousands of species and evolutionary trees, new species could come up as a result of strange events and not due to an accumulation of small changes throughout time. And this, in principle, would be against the Red Queen theory. Mark Pagel and his team from the University of Reading challenged this effect. They studied which hypotheses could explain the rhythm of speciation in more than a hundred groups of animals and plants. When the team of researchers compared how models fitted with the evolutionary history of these species, they found that the Red Queen Effect made possible to explain less than 10% of the cases. Rather, 80% of cases fitted with a model in which new species came up from strange and unique circumstances. According to this, groups wouldn’t suffer gradual changes due to being located in the «same place», but they would experince «leaps», and afterwards would remain in evolutionary «rest» for some time. Obviously, new species do not spring all of a sudden using magic, geological time is needed for this to happen. 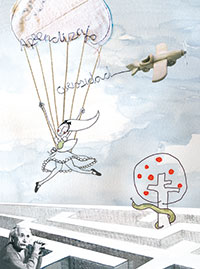 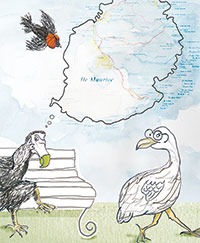 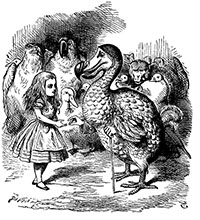 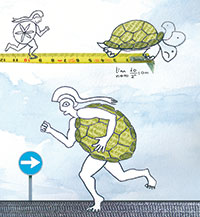