The Seven Ages of Culture

Culture, understood as information transmitted via non-genetic means, begins in the animal world when biological evolution is quite advanced. Crows and chimpanzees, for instance, do not only use tools, but also create them. That is not in genes, it is discovered, learned, transmitted. Culture is an achievement of natural selection and its first selection criterion was definitely utility (1). It is the essential property (perhaps the only one) of a chopper (a round stone broken on one side to create a blade) manufactured by a Homo habilis more than two million years ago.

It was a long time until other hominids, the Homo erectus, added a second feature to their stone axes: aesthetic (2). The feature was added more than 400,000 years ago to utility. Why should an axe be obsessively symmetrical? Symmetry does not improve its usefulness. It is a bilateral repetition, a common harmony in nature: the same one animals exhibit regarding a point of view perpendicular to their movement.

And time keeps passing, until the Homo sapiens draw, paint and engrave stone walls. And then there is something other than utility and aesthetic. Some say it’s shaman stuff, others think it is magic, others believe it is for spirits… But there may be a common essence to all those alternatives. Animal and human figures preserved in the walls of caves tend to represent the part of reality that people want, the part they desire: fertility, animals (whose meat, fat, bones and skins they need to live), celebrations, rituals, holidays… Harmful animals of chronicles of tragedies are rarely seen. They seem to be trying to influence reality. How? Appealing to some immaterial entity to influence the material world. Call them spirits. So let’s say that 30,000 years ago spirituality (3) emerges to join utility and aesthetics. 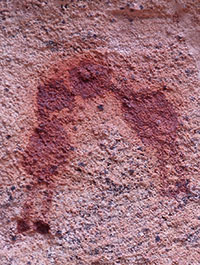 And time keeps flowing until the big leap arrives: symbols are no longer used only to evoke pieces of reality; they can also be used to represent abstract ideas: philosophical concepts, numbers, letters, words… And so, with the discovery of breeding and agriculture, abstraction (4) emerges, deployed by the ancient civilizations of Mesopotamia, Greece and Egypt. With abstraction, culture (utility, aesthetics and spiritual culture) can rise to the rank of universal knowledge, faithfully recorded and transmitted with rigor.

Thanks to it, the book religions appear, with a unique book where the unique truth of a unique God is revealed: The Torah, the Bible, the Quran… Revealed truth starts then towering over culture and cohabitation. The art of Byzantium is completely golden for the glory of God, the Romanesque is strict faith pedagogy… The fifth age of human culture is thus open: revelation (5). In the following millennia a growing contradiction appears: a culture of unique, eternal truths dominates an uncertain and changing world.

The Renaissance arises at the climax of this conflict. A new form of knowledge hatches, clashing head on with revealed knowledge. The idea is to know reality with the minimum possible preconceived ideology: it is science (6). In a broad sense we can say there was science before Archimedes, but science as we understand it today started with Galileo: it is the sixth age of culture.

Something similar happens with art. We talk about cave painting to refer to Paleolithic art. However art for art’s sake will not exist until the late nineteenth century. We are talking about art stripped of any social or religious function, a form of culture that, according to Walter Benjamin, was born with Mallarmé. It is the seventh and most recent age of culture: art (7).