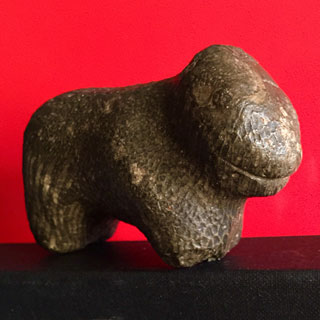 In El Puig, a town near Valencia (Spain), it is a tradition to beat rats to death and freeze them so the residents can throw them at each other during their main festival. Until 2002, in Manganeses de la Polvorosa (Zamora), a live goat was thrown from the top of the bell tower in front of the jubilant neighbours. In Cazalilla (Jaén), a turkey hen is released on the rooftops to commemorate the reconciliation of two families separated by passionate love. The neighbour who catches the turkey earns the privilege of pardoning it. In Roses (Girona) there has been a tradition for over a century consisting on throwing terrified ducks into the sea for general laughter and enjoyment. But in Spain, bulls get the worst part: terrified bulls running down the street, bulls pushed into the water, bulls with their horns on fire, bulls tortured following the traditional imagination… In Tordesillas, for their festival, riders and people on foot show their masculinity by spearing a bull to death. In Coria (Cáceres), they prefer to shoot a bull with blowpipes until the exhausted animal lies down and a brave man appointed by the town hall shoots it dead… Darts have been replaced today with a more humane torment.

Despite everything, a glance at the history of the human condition is enough to confirm that moral progress exists. This is what Hegel called Zeitgeist (literally, the “spirit of the time”).  The logic of what is true and what is false (science) ends up influencing on the logic of what is good and what is bad (moral), on the logic of what is fair and what is unfair (justice), on the logic of what is useful and what is useless (technology), and even on the logic of what is beautiful and what is displeasing (aesthetics). Slavery, for instance, is not beautiful, good, fair or useful because we know the truth: a slave is – who would have thought! – a human being. Science is the only knowledge form that requires the minimum possible amount of ideology. Wherever there is objectivity, intelligibility and dialectics, there is no room for belief, mystery or dogma. This may be the best and most compact definition of science: any understanding of reality constructed with the least ideology possible. The gaps in scientific knowledge are filled with the ideology putty, but much more than that minimum is accepted in any other discipline. Ideas tend to change, ideologies tend to linger. What is true and what is false changes, despite tradition, because a truth standing for several millennia can collapse in a second.

When journalists approach one of these towns during their festivals in order to chronicle their yearly dose of brutality, they are usually met with fierce glances and talk of culture and tradition. Two arguments are posed against moral progress: 1) tradition, 2) the existence of worse things. But tradition was never an argument for anything. A custom does not persist because of tradition, rather on the contrary, a custom becomes a tradition because it persists. On the other hand, they can always find a different, even more wicked and shameful tradition, one with more morbid interest and less compassion, to use as a shield. The Tordesillas bull envies the fate of the Cazalilla turkey, but one brutal act does not neutralise another. We cannot live without contradictions, we know that, but we must, at least, live with as few as possible.