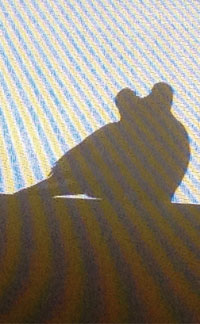 Let’s first state that interdisciplinarity is essential because reality is not to blame for every curriculum change agreed in schools or universities. But we also need to recognise that interdisciplinarity is possible, obviously, thanks to the previous existence of disciplines. However, the academy tends to fill vague and slippery frontier territories with new disciplines. Forcing the appearance of new pure knowledge fields, even when they carry compound surnames such as biophysics, biochemistry, geophysics, biomathematics, sociobiology, geochemistry or anthropopalaeontology tends to only make it worse. So we try to fill the void near the frontier with new fields, and they come with their own method, language and complexities. This perspective of interdisciplinarity does not make existing frontiers more permeable, but rather multiplies them as a plague.

How to distinguish between fields? The question reminds us of the great classifications in science: elementary particles (as elements that form atoms), atoms (as matter bricks according to Mendeleiev) or life forms (as seen by Linneo, Darwin, Margulis…). Can we venture a taxonomy also for knowledge? Can we draw a map of the regions of knowledge? Mathematics set theory offers two kinds of fundamental relationships to classify: equivalence (they allow to decide whether two elements belong to the same set or not) and order (they allow to order any pair of elements). Nonetheless, those classifications do not look like useful ones if we are dealing with necessarily impure and hybrid knowledge. That is: knowledge is interdisciplinary by nature, in essence, by definition. It simply cannot be otherwise.

Knowledge is thought that can be transferred to other minds. To develop knowledge from thinking one needs three things: a comprehensible piece of reality, a method and a language. The method helps to cut down something which is supposedly infinite (a thought born in a complex of trillions of neurons) to something which is necessarily finite (knowledge limited in time and framed in space) able to pierce reality and find a recipient mind. Language is necessary to encode the emitted thought in exportable knowledge and to decode it into recipient knowledge (sheet music, words in poetry, objects and phenomena in museum studies, equations in physics…).

Every gloriously creative era in history had something in common: their interdisciplinary disposition. Two examples: Florence Renaissance and Vienna in the early twentieth century. Maybe the favourable environment cannot be artificially created through government policy, but the atmosphere to help creators be more prone to poke into other methods, use other languages and feed from different complexities can be supported and increased.