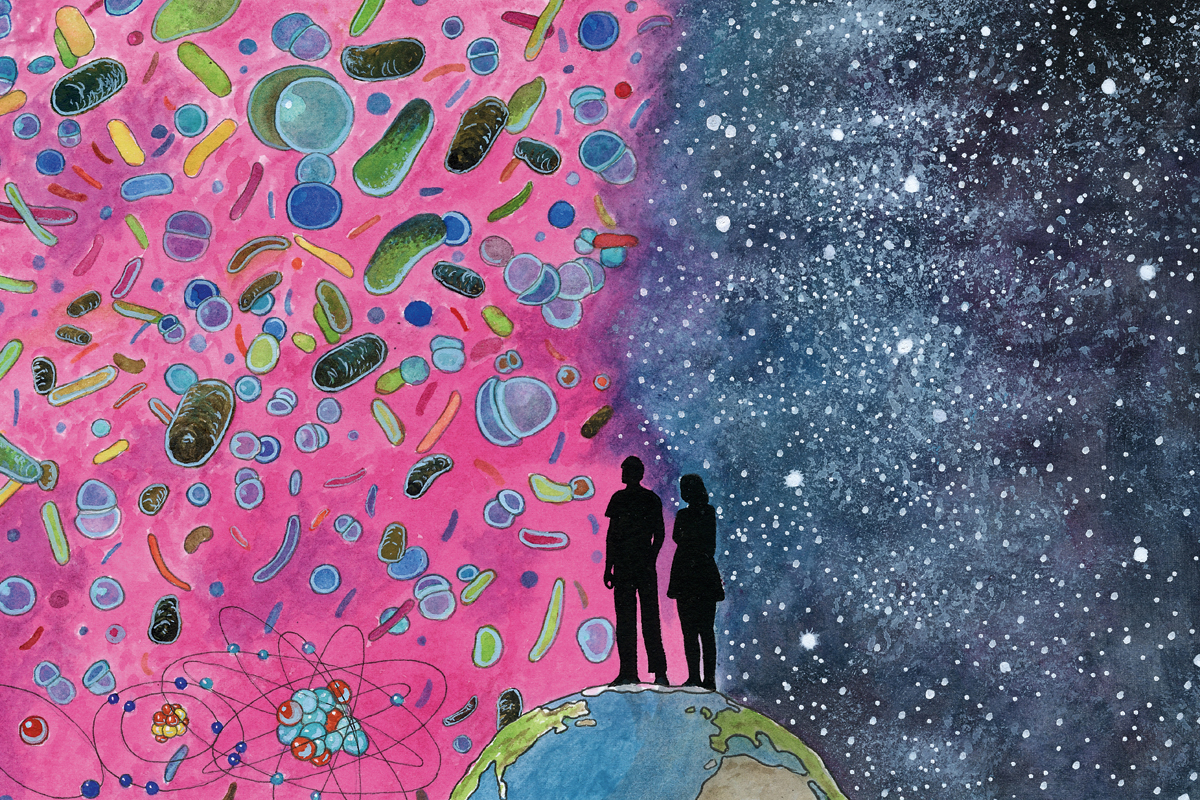 «Once a photograph of the Earth, taken from outside, is available,» the astronomer Sir Fred Hoyle wrote, «a new idea as powerful as any in history will be let loose ». This change did not take long to come. What seemed a dream at the moment, more typical of science fiction than of everyday experience, became a reality in just twenty years. On 21 December 1968, on board of the spacecraft Apollo 8, three astronauts, James A. Lovell, Frank Borman, and William Anders began the first orbital flight to the moon. While their colleagues fixed their attention on the objective of the mission, Lovell, the commander, gazed instead at the point from where they came, their home. With his thumb, he blocked the view from the window, thinking that all the things he loved, all his worries, all the troubled society of 1968, with its hopes and subsequent resignations, could be obscured by a simple movement of the hand. Three days later, Anders took the most impressive picture ever taken: it was not the «sunrise» nor the «moonrise», but another «rising» never before seen by a human. That of his own planet Earth –ours, the only one we have– suspended in space and emerging above the lunar horizon.

In science, when measures are taken, the results are presented with numbers. These measurements refer to sizes, distances, durations, etc. Part of the understanding of a number – a numerical value based on some measurements – transmits a «feeling» of how «large» or «small» this value is in relation to other sizes, other durations, etc., which we have in our heads as a reference value. The world we observe at the height of our hand – about a metre – is our known world; no building or vertical architectural construction exceeds the measure of a kilometre (yet). The highest trees reach as much as 150 m. And in the world of tiny things, at a glance we can see down to 0.2 mm (i.e., 200 micrometres, or µm).

«Our planet is a tiny blue dot lost in a vast space, and we are only an instant in the accumulation of time»

Microbes are an example of the two scales, small and large. We know that bacteria are small in size (an average of 3 µm in length, 3 × 10-6 m), and it is probably no coincidence that bacteria are and have remained small throughout evolutionary history. Basically, the minimum measure of a free-living bacterium is the one capable of holding the entire enzymatic machinery, nucleic acids, etc., needed to be able to multiply. It is estimated that this minimum diameter is 250 nm.

We know that bacteria are «big» in terms of quantity. Microbes, like stars, reach a huge number of individuals. Only in our galaxy, the Milky Way, there may be more than 100,000 million stars (1011). And in the known universe there are surely more than 100,000 million (1011) galaxies. However, although this number is surprisingly high (10 to the power of 22, and possibly higher), the number of microbes that exist on Earth is greater in many orders of magnitude, since it is estimated to be 1030. The famous entomologist and father of sociobiology Edward O. Wilson wrote the following paragraph to finish his autobiography Naturalist: «Ten billion bacteria live in a gram or ordinary soil, a mere pinch held between thumb and forefinger. They represent thousands of species, almost none of which are known to science. Into that world I would go with the aid of modern microscopy and molecular analysis. I would cut my way through clonal forests sprawled across grains of sand, travel in an imagined submarine through drops of water proportionately the size of lakes, and track predators and prey in order to discover new life ways and alien food webs.»

«Technological advances, such as telescopes and microscopes, have enabled us to enlarge our world, up and down»

Also the number of microbes is also high when we speak of an animal’s microbiota. An adult person may have ten times more microbial cells than human ones: the human body has 1012 eukaryotic cells – «ours» – and 1013 prokaryotic cells. Anton van Leeuwenhoek (1632-1723) calculated, accurately, that there were more «animalcules» swimming in a sample from his mouth than inhabitants in the Netherlands. And his interest in calculating the number of these tiny creatures led him to an estimate of the maximum number of people that could fit in the Earth. Leeuwenhoek started from the calculation that the population of the Netherlands amounted to nearly a million people. Then, with the help of their maps and a bit of spherical geometry, he determined that the inhabited landmass was 13,385 times larger than his tiny country. And as he found it difficult to imagine that the whole world would be so densely populated as the Netherlands, he came to the successful conclusion that there could be no more than 13,385 million people on Earth. Leeuwenhoek said that at a time when the Earth’s population is estimated to have been 500 million.

A clover, a redwood, an elephant, a mouse, or a bacteria are formed by the same «materials». And although the size of each individual is very different, that of their atoms is always the same. The intrinsic measurement pattern of the entire known universe is defined by the nature of the atom and its sub-particles. Our planet is a tiny blue dot lost in a vast space, and we are only an instant in the accumulation of time. From the atoms of the universe trapped in our planet, living systems were organised and they evolved. At the end of his book Cosmos, Carl Sagan wrote: «[…] We are the local embodiment of a Cosmos grown to self-awareness. We have begun to contemplate our origins: starstuff pondering the stars; organized assemblages of ten billion billion billion atoms considering the evolution of atoms; tracing the long journey by which, here at least, consciousness arose. (…) We speak for Earth.  Our obligation to survive is owed not just to ourselves but also to that Cosmos, ancient and vast, from which we spring.» 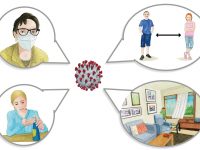 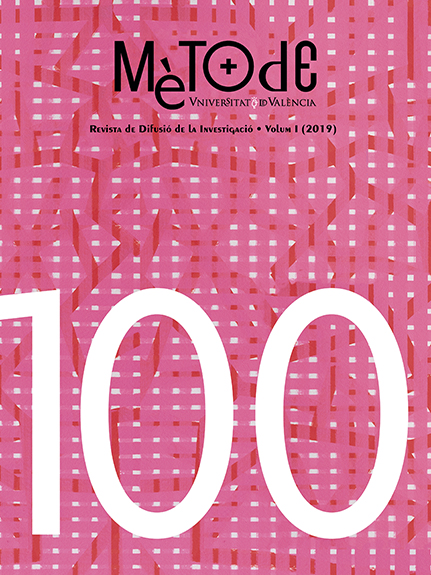