In the year of our Lord 1263, Father Peter of Prague doubted the transubstantiation of the body and blood of Christ in the Eucharist. So he went on a pilgrimage to Rome, seeking the grace of a strengthened faith. Back from Rome, he stopped for the night in the small town of Bolsena, in Lazio. The following day, he celebrated Mass in the crypt of Saint Christina and, as a reward, and to reinforce his faith, God revealed himself to the priest making the communion bread bleed and fill the altar cloths with blood. Following this miracle, Pope Urban IV, who was in the nearby town of Orvieto, established one of the greatest annual holidays of the Church, the Corpus Christi. It took place for the first time on 11 August 1264, and it is still celebrated throughout the Catholic world on the Thursday after the octave of Pentecost. This bloodstained miracle, though the best known, is not the only one. Furthermore, this event gives rise to traditional celebrations such as the flower carpets in many cities (as in Sitges), or l’ou com balla (“the dancing egg”, in Barcelona).

«If a further study is developed, we would  realise that many miracles can be explained rationally»

But such a miracle had occurred before. On 23 February 1239, in Llutxent, three leagues from Xàtiva. Aragonese troops from Daroca, Teruel and Calatayud were fighting the Saracens. The Christian chaplain, Mateo Martínez, from Daroca, found six hosts, blessed the day before, soaked in blood and stuck to the altar cloths. The stubbornness of the captains and the chaplain from the Aragonese town, as well as the decision of a wilful Moorish mule that travelled over 300 km in around twelve days, before bending its knees and dying at the doors of the church of Saint Mark in Daroca, prevented the altar cloths from leaving the place.

Throughout history, we have heard about many similar miracles in numerous European and American cities. The latest, on 25 July 2013, in Guadalajara, Mexico. Father José Dolores (Lolo) from the parish Mary Mother of the Church, heard the voice of Jesus: «Do not open the tabernacle until three in the afternoon, not before; I will perform a miracle in the Eucharist…». When he opened the tabernacle at the recommended time, the chaplain saw the communion bread bleed. The story does not say whether the miracle was brought to a microbiological laboratory. But it is very likely that they did not.

Miracles are unexplained phenomena that generally cause benefit. If a further study is developed, we would realise that many of them can be explained rationally. However, if we do not find the reason, that is not a proof that a divine hand intervened. This means that we simply can not explain it with the available information. The miracle of Bolsena, the «blood of the hosts,» has a simple explanation: it is due to the growth of common bacteria, Serratia marcescens, which produces a tetrapyrrole pigment that looks like blood. Microbiologists, humouristically named the pigment with the suitable term of prodigiosin.

It is currently fashionable to self-diagnose and self-medicate. Besides, we need to think of a growing problem, which is the access to a huge amount of health and medicine information on the Internet. Some of that information is correct but some is wrong. Information does not automatically mean knowledge. There is a false sense of «wisdom», which promotes therapeutic practices whose effectiveness is based on unscientific myths. One of those myths is homoeopathy. 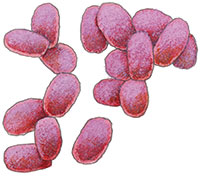 Homoeopathy was founded in the late eighteenth century by the physician Samuel Hahnemann (1755–1843), from Meissen, Saxony, as a way to improve the «vital spirit of the body». Hahnemann proposed homoeopathy as a moderate alternative to the gruesome medicine of the time, still based on the Hippocratic theory of humours and aggressive –even iatrogenic– techniques such as bleedings and purges. Its two main axioms were: «like cures like» (similia similibus curantur), and «less is more» (i.e., the remedy must be extremely diluted). Hahnemann firmly believed that his specially diluted preparations were capable of causing physiological changes in the patient. Of course, many homoeopaths claim that their remedies are effective beyond the placebo effect.

Homoeopathy is a form of holistic health care, in which the homoeopath can treat a patient as a whole, his emotions, family status and social context, as opposed to the fact of focusing only on the symptoms or underlying pathology. However, the benefits of a holistic view can also be applied to conventional medicine. The physician Jordi Gol (1924–1985), in Perpignan, in 1976, defined health not as the absence of disease, but as «an autonomous, solidary, jubilant way of life».

«”Natural medicine” cannot work without the knowledge, moderation and prudence of a doctor»

In addition, «conventional» medicine does not forget «medication» based on natural products. The products of plant origin have been successfully used to cure or prevent disease throughout history. Written records about medicinal plants date back to at least 5,000 years ago, in times of the Sumerians, and archaeological records suggest they were used even earlier. Ötzi, «the frozen mummy», 3,300 BC, carried several healing herbs in his bag. In the wonderful book Plantas medicinales, el Dioscórides renovado Pius Font i Quer (1888–1964, pharmacist, botanist and chemist) describes the characteristics of many medicinal plants in order to safely identify them, as confusing species could be fatal in certain cases. The book covers 678 species, describes their composition in detail and indicates the active principles to which we attribute their healing efficacy, as well as the recommended dose.

Many modern drugs are based on natural products. But here, unlike homoeopathic «remedies», a cause-effect relationship can be established, although the natural product is usually a mixture of molecules of very different nature. However, «natural medicine» cannot work without the knowledge, moderation and prudence of a doctor. As the American poet Emily Dickinson (Amherst, Massachusetts, 1830–1886) told us:

«Faith» is a fine invention
For Gentlemen who see!
But Microscopes are prudent
In an Emergency!