Microbes and cancer: more than a hypothesis, less than a solution 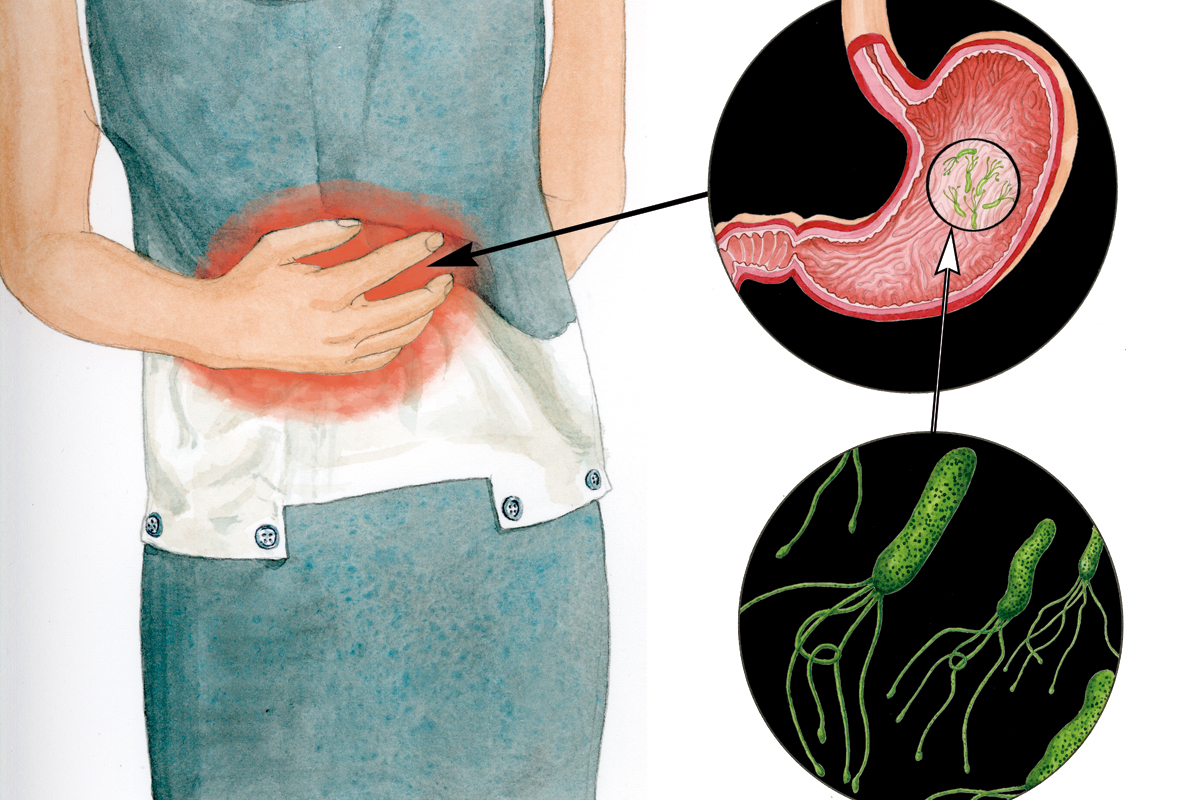 Cancer, one of the greatest problems of modern medicine, is also one of the most profound biological mysteries. And there are more than just one type of cancer: cancer has many different origins, development processes, and anatomic and pathological consequences. The term cancer originated because, in ancient times, an alteration observed somewhere in a body showed extensions in the surrounding tissues that reminded of the body and legs of a crab, cancer in Latin.

A cancer could be described as an alteration in the ability of the cells to adjust their growth rate to a particular organ or to the general architectural plan of the body. Questions such as what could be the origin and cause of the cancer, whether it would be caused by external or internal reasons, whether or not there are hereditary cancers, if some people are more likely to suffer from it than others… pose one of the greatest problems we have to solve to fight this disease.

The involvement of other organisms, such as parasites, bacteria, and viruses, in oncogenic processes has been known for a long time. It has been estimated that 21% of the global incidence of cancer is related to these infectious processes. More than 60% of those are caused by viruses, and the second most common cause is a bacterium, Helicobacter pylori, which causes peptic ulcers, with approximately 35%. Parasites are responsible for around 1% of cancers.

Several infectious agents that cause cancer have been identified. Among the viruses, there are two members of the herpes family: the Epstein–Barr virus (causing nasopharyngeal carcinoma and different types of lymphomas) and the human herpesvirus type 8 (causing Kaposi’s sarcoma-associated herpesvirus); human papillomavirus (cervix cancer); viral hepatitis B and C; polyomavirus (Merkel cell polyomavirus); and retroviruses (viruses with RNA that can be copied into DNA).

Apart from viruses, other pathogens can cause certain types of cancer, such as the bacterium H. pylori, which causes some gastric cancers, and several parasites, like the Schistosoma haematobium worm, main cause of bladder cancer in Egypt. Other parasites, such as Opisthorchis viverrini and Clonorchis sinensis, are important factors in cholangiocarcinoma and hepatocellular carcinoma in southeast Thailand and southern China.

Several Nobel Prizes in Physiology or Medicine have been awarded for proving the connection between an infectious agent and a particular cancer type. In 1926, Johannes Fibiger was awarded for the cancer inflammation hypothesis, determined by the worm Spiroptera carcinoma. In 1966, Peyton Rous received the prize for demonstrating that some sarcomas (a connective tissue cancer) in chicken were caused by a virus (this discovery, completely misunderstood and rejected at first, had been done 55 years before, in 1911!). In 1975, David Baltimore and Renato Dulbecco were awarded for proving the interaction between retroviruses and cell genetic material. In 1989, J. Michael Bishop and Harold E. Varmus received the prize for the discovery of retroviral oncogenes. In 2005, Barry J. Marshall and J. Robin Warren were awarded for the discovery of the H. pylori bacterium, and its role in peptic ulcers. In 2008, Harald zur Hausen was awarded for the discovery of the role of the human papillomavirus in cervix cancer.

And even if they did not receive the Nobel Prize, there are other very significant people in the study of the relationship between viruses and cancer. Among others, one of the first scientists who supported the viral theory of cancer: Francesc Duran Reynals (Barcelona, 1899 – New Haven, 1958). In 1953, Duran Reynals published a book on cancer pathophysiology with a chapter titled «Virus-induced tumors and viral theory of cancer». And the person who proved most clearly the relationship between human papillomavirus and cervix cancer, and therefore the true Nobel-worthy scientist, was the Colombian researcher Nubia Muñoz (born in Cali, in 1944), who developed her whole scientific career in the International Agency for Research on Cancer in Lyon.

«Proving that a microorganism is able to induce or cause cancer is difficult, because the infectious agent can trigger the first stages of oncogenesis but be absent from the final tumor»

Proving that a microorganism is able to induce or cause cancer is difficult, because the infectious agent can trigger the first stages of oncogenesis but be absent from the final tumor. Since Robert Koch (1843-1910) established his postulates in 1884 – they serve to ensure that a particular microorganism is responsible for a particular disease –, only in the case of H. pylori have researchers been able to prove the relationship between the infection of the bacterium and the appearance of gastritis, which can develop into stomach cancer. The Australian physicians Marshall and Warren had frequently observed tiny helical bacteria in ulcerated tissues, and they thought, unlike every physician until then, that bacteria, rather than stress, was the cause of the ulcer. In order to prove his hypothesis, Marshall ingested an H. pylori culture from a patient with an ulcer and developed the typical symptoms of a gastritis, prelude to an ulcer. He cured himself with a strong antibiotic treatment. Thus, one hundred years after Koch, and following the same conceptual basis, the etiological agent of a disease that could lead to cancer was identified.

Recent works have observed the possible relationship between colon cancer and gut microbiota. It has been discovered that the faeces of people with different colon cancers tend to have an altered bacterial composition (dysbiosis). Whether or not changes in the microbiota of patients with colon cancer are precursors of the disease or a consequence of the development of the tumor is still an open question. What occurs first, the change in microbiota or cancer development? In order to investigate this question, studies have been made with mice treated with antibiotics (to alter their gut microbiota) before the administration of a carcinogen and an inflammation agent. The results were compared with those of mice that had received only the carcinogen and the inflammation treatment, without the antibiotics. The mice that were treated with antibiotic had significantly fewer tumors than those with unaltered microbiota, which suggests that bacteria were somehow fostering the cancer. Then, the microbiota of untreated mice was transferred to those that were treated with antibiotics and to mice which were bred microbe-free (called gnotobiotic animals; that is, animals with a “known life”). Those mice developed more tumors when exposed to carcinogens. Thus, gnotobiotic mice with a microbiota transplant from mice with tumors developed tumors as well. However, it has been observed that gnotobiotic mice treated with high antibiotic doses respond worse to therapies against cancer.

The relationship between our human microbiota and cancer is complex and there is still much to be studied. While some microbes promote cell proliferation, others seem to protect us from cancerous growth. And in some cases the conditions that stimulate a cancer can have the opposite effect on others. We need to know what microbes do, how they interact with us and each other, how they respond to environmental changes (namely diet, lifestyle, etc.). This new information based on knowledge and on the therapeutic modification of microbiota offers promising possibilities to restore a healthy microbiota and to modulate therapies against cancer. And, therefore, though very slowly, we will have won another fight against death.