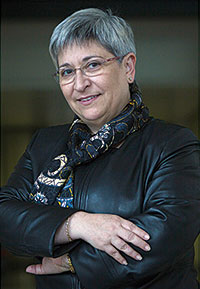 Little by little, and almost imperceptibly, globalization has come to fully pervade the everyday life of universities. Thus, the increasingly international nature of the activities they run is becoming one of the factors on which their quality is judged, in terms of research, student exchange and in the field of cooperation, alike.

For several decades now, nobody could deny that any self-respecting university must appear in international rankings, albeit in a modest position. This requires its researchers to perform quality work, internationally recognised for their participation in leading research fields. Accordingly, links with other research centres and mobility between institutions are essential. This usually takes the form of temporary reciprocal visits, since the rigidity of the Spanish public system hardly allows any other option once the post-doc period is over.

Meanwhile, the Erasmus programme, promoting exchange and mobility between European Union universities, became firmly established among students quite a while ago. Indeed, data indicate that in general there is greater student movement southward, especially to Spain and Italy.

From the economic standpoint, the ideal situation would be to achieve a balance between the number of students away and those received, as it must be borne in mind that exchange students pay fees at their home university. Of course, this imbalance has greater economic impact on other university systems in which the tuition fees are higher.

The diverse benefits of training for those entering the programme undoubtedly compensate the efforts made by students, and their families, as well as the organisations and businesses that help finance these programmes, without mentioning the lecturers and administrative units of European universities. The Erasmus programme helps to create an international atmosphere in universities that receive large numbers of students, which is also beneficial to those that do not have the chance to stay at another university during their training period.

«For several decades now, nobody could deny that any self-respecting university must appear in international rankings, albeit in a modest position»

The ability of a university to attract foreign students is one of the parameters used to determine its quality, as too is its ability to encourage the mobility of its own students, teachers and management staff, by providing information and promoting language training for its members.

The line dividing international peer relations and development cooperation has always been fuzzy. Currently, most areas considered as strategic areas in the field of bilateral relations due to their rapid economic, technological, scientific and cultural development are located in the same countries, side by side with other areas that are considered as recipients of cooperation funds.

The endeavours made by a university in the field of cooperation, either as direct actions or through efforts to facilitate the participation of its members in development cooperation projects –and the acquisition of external funding to put them into practice– are also measures of its importance and quality, in as much as they demonstrate the commitment this institution has made concerning one aspect of social responsibility.

Internationalization is a transversal value, a university’s way of being, or of «wanting to be», which requires a determined and sustained effort.

Vice-Principal for International Relations and Cooperation, University of Valencia.