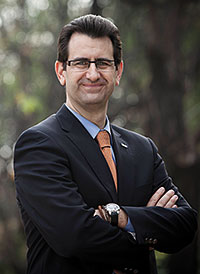 The Mediterranean is surrounded by three continents, Europe in the North, Africa in the South and Asia in the East. A common space identified as a large basin in which many civilisations have originated, developed and interrelated with each other. Greeks, Romans, Phoenicians, Carthaginians, Muslims… have been following one another successively century after century on many of its shores. A cultural diversity that is reflected in the multiplicity of coastal landscapes scattered along the thousands of kilometres that make up its coastline.

The Mediterranean coast is a plural geographical space, because, as it happens in other coastlines, this is a strip of territory conditioned by the relief structures that are in contact with the sea, as well as by the shaping by different erosive, natural and also anthropic agents. The result is known. A wide variety of coastal forms are on the Mediterranean coast, usually in any of the coastal countries, as in North African countries or the European South. The resulting landscapes stand out for their beauty and singularity; they never cease to constitute an endless number of different shapes resulting from the combination of graded coasts – conditioned by the proximity of the coastal plains and the presence of lagoons and sandbars – and where it is fairly common to find sand or gravel beaches; and cliffed coasts, originated by the presence of spurs parallel to the coastline, or mountain folds that arrive at the coast with different orientations, or flat coasts and bays and inlets that provide a lower height to the coastline.

The Spanish Mediterranean coast and in particular the Valencian coast are no exception, in such a way that in the Hispanic coasts both geographic and geomorphological heterogeneity can be characteristically found, with as many stretches of beaches as of cliffs. Next to sections with steep and cliffed coasts, like Costa Brava of Girona or some outstanding coast stretches of Murcia or Granada, there are other graded ones – often beaches, like Tarragona’s or Almería’s. The Valencian coastline shows said diversity, since there are sandy beaches and high cliffed coasts from North to South.

«The University of Valencia, true to its interest in knowledge of its environment, has worked on numerous projects concerning the Mediterranean coast»

But the heterogeneity of the Mediterranean coast contrasts with the functional homogeneity which in recent decades has been adapted to this area, closely linked to the tourism industry (where usually the sun, the sand and the sea prevail) and the building industry (one of the pillars of Spain’s economic growth model). In the Valencian region, except for very specific places, the urban pressure can be seen practically along its whole coast, without hardly any differences between the several forms that have been pointed out before. A pressure that, along with a land management that is both orphan (due to its instruments of protection) and questioned (due to its consequences), has resulted in degraded coastal areas. Thus the human factor is generally linked to the coastline as the sections where the trace of a predatory occupation of the soil are not visible are rare.

The University of Valencia, true to its interest in the knowledge of its environment, has worked on numerous projects concerning the Mediterranean coast. Studies carried out with scientific pluralism – related to basic and social sciences and humanities – attest to the research carried out, and have enabled the development of works by distinguished researchers, such as those of geographer Vicenç Rosselló Verger, who coordinates the monograph for this issue of Mètode.

Vice-Principal for Territorial Projection and Participation of the University of Valencia.