The Dedication of a Lifetime to Popularising Nature 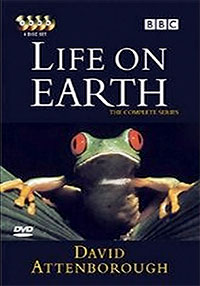 David Attenborough was born in London in 1926, at a time when Robert Flaherty had managed to consolidate the documentary genre as a means of expression in its own right. At a very young age, Attenborough read Natural Sciences at Cambridge and shortly after, in 1952, began working at the BBC, where he was to spend much of his professional career. In 1954 he launched his popular series, Zoo Quest, which would take us round the world for the next decade. It was not until the mid-sixties that he took on a managerial job at BBC2 but by 1969 he was promoted to Director of Programmes, a post he held for several years. He is currently president of the Royal Society for Nature Conservation, a member of the Royal Society of London and a board member of the British Museum and Royal Botanic Gardens at Kew.

«Life on Earth (1979) is the wildlife series holding the record for maximum audience in the history of television, making Attenborough a name as a great science communicator on the small screen»

His creative audiovisual work resumed in 1973 with a series of nature programmes: Eastwards with Attenborough and The Tribal Eye. In 1979 he wrote the script and started filming the most ambitious series produced by the BBC Natural History Unit hitherto: Life on Earth. This is the wildlife series holding the record for maximum audience in the history of television, making Attenborough a name as a great science communicator on the small screen. It would be a golden age he would share with other scientists like Carl Sagan, Gerald Durrell or Jacques Cousteau, establishing a whole new television format. Since then, he has brought to our television screens several series including: The Living Planet (1984), The Trials of Life (1990), Life in the Freezer (1993), The Private Life of Plants (1995) and Wildlife Specials (1997). To this day he continues to work untiringly on creative productions for the television industry: The Life of Birds (1998), State of the Planet (2000), The Blue Planet (2001), The Life of Mammals (2002), Life in the Undergrowth (2005), Planet Earth (2006) or Life in Cold Blood (2008). The dedication of a lifetime to popularising nature for the huge audiences that watch his documentaries

Throughout his life, David Attenborough has never lost sight of his bond with society. He has collaborated with the World Land Trust since its foundation in 1989, and been a benefactor since 2003. This conservation charity purchases lands and rainforest areas to contribute to the conservation of wildlife in these habitats. In 1985 he was knighted by Queen Elizabeth II of England, who also awarded him the Order of Merit in 2005. He has received honorary doctorates from numerous universities. He has been awarded the silver medal by the Royal Television Society and the Zoological Society of London, as well as the Philadelphia Academy of Natural Science Hopper Day Medal and the Royal Geographical Society Founder’s Gold Medal (United Kingdom). Likewise, he holds the Royal Scottish Geographical Society Livingstone Medal and the Royal Society of Arts Franklin Medal (U.S.A.). He has been awarded the UNESCO Kalinga Prize (1981), the International Emmy Award (1985), the Golden Camera Award (Germany, 1993), the Michael Faraday Prize by the Royal Society of London (2003) and, a year later, the first Descartes prize for outstanding science communication, awarded by the European Commission. In 2007 he was awarded the Institute of Ecology and Environmental Management’s Medal (UK) and, a few years later, he received honorary degrees from the universities of Aberdeen, Exeter and Kingston University in London. In 2009 he received the Prince of Asturias Award, Laureate for Social Sciences.