Sex, Drugs and Blackmail: Sexual Conflict and the (Evolutionary) Battle of the Sexes 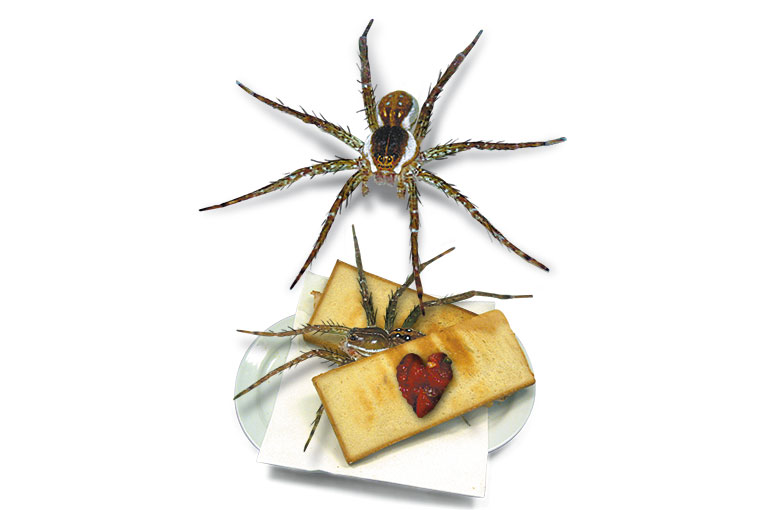 The sun of a crisp spring morning gently casts its warmth over the immaculate green of a remote North American prairie. Hidden in the tall grass, a male funnel-web spider (Agelenopsis aperta) tentatively approaches a huge receptive female. Its cautiousness is hardly surprising, for females of this species enjoy devouring their partners after mating (sexual cannibalism). However, little does our femme fatale suspect that this particular male has a different plan in mind. The moment mating starts, he will transfer a chemical substance that will anaesthetize the female, allowing many lucky suitors of this species to live to mate another day.

«Sexual cannibalism, anaesthetizing drugs and blackmail have shattered an old paradigm: that of reproduction as a cooperative endeavour between the sexes»

Water striders of the genus Gerris, common dwellers in our European ponds, are amongst nature’s most famous harassers. They will mount females and ride on their backs for hours in an attempt to coerce them into mating. In the ensuing competition to be the greatest (literally) pain in the neck for females, evolution has granted them with all sorts of special clasps, to which females have responded with their own structural changes to thwart pestering males. In this evolutionary tug of war, scientists thought, females of the Asian water strider Gerris gracilicornis seemed to have come up with the ultimate trump: a genital shield to completely block access to their vagina. This adaptation is of particular importance to fend off annoying suitors because male water striders have the ability to blow up their penis to (if they achieve intromission) physically anchor their body to a female until it concedes to mate. Here, scientists saw an adaptation that would force males to be gentler by making coercion unviable and leaving seduction as their only means to reproduction. And, surely enough, males of this species did seem to behave in a peculiar manner compared to other species of Gerris. When on top of an unwilling female, some males rhythmically tapped the surface of the water in what appeared to be a courtship dance to seduce females. We couldn’t have been more wrong. A recent study shows that what males of this species are actually doing by tapping the water is summoning backswimmers, one of their most common predators, to blackmail females into having sex. Relatively safe on top of the female, males ‘sing’ to predators and will run females through the gauntlet until they give way to their sexual desire, or fall prey to a predator.

Sexual cannibalism, anaesthetizing drugs and blackmail are but a few examples of the type of discoveries that have accumulated during these last few decades to shatter an old paradigm: that of reproduction as a cooperative endeavour between the sexes. We now know the truth is quite the opposite. From the relatively low costs of sperm (compared to ovules) to the usually inexistent masculine investment in gestation, males of most species allocate fewer resources than females to their offspring. This fundamental asymmetry results in the different sexual roles, where evolution will tend to favour male strategies to monopolize as many offspring from as many females with the lowest possible investment per offspring, and female strategies to mate selectively with the best possible males and/or those that contribute more resources to reproduction. These two potentially antagonizing evolutionary strategies, we now know, frequently give rise to a co-evolutionary arms race between the sexes that features drugs, violence and even blackmail, and few, very few, happily ever afters.