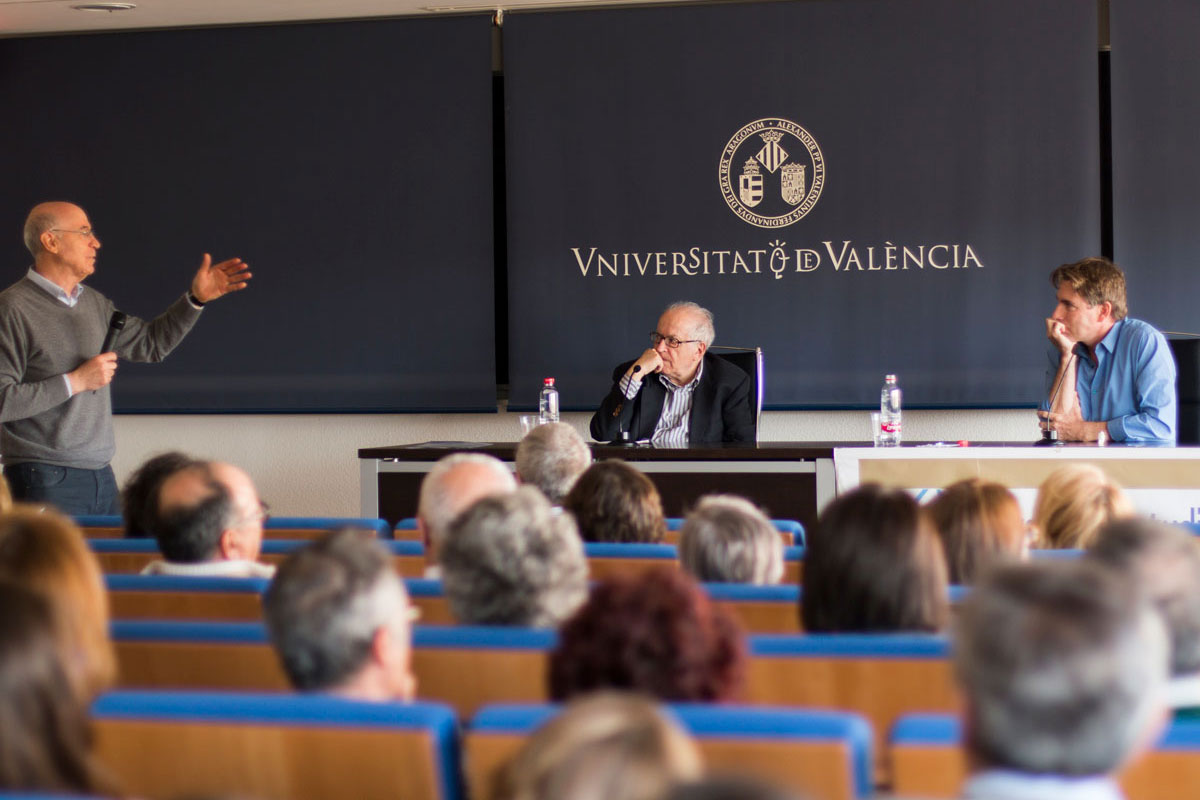 During the debate «How mathematics are seen from the other side», the participants analysed the information coverage of mathematical issues. Left to right, the professor of the Faculty of Mathematical Sciences Francisco Montes and the journalists José Martí and Javier del Pino. / Photo: María Marín

Mathematics bear a certain stigma on its shoulders. From the moment it is first taught in school, the discipline is wrapped in a halo of difficulty that takes root. This appearance of abstract complexity, utterly impractical and useless, hides the transversality of mathematics in our daily life, and pulls it away from the general interest and curiosity that other, more visually compelling fields do arouse.

«Mathematics bear a certain stigma on its shoulders»

Anyone who steps into this faculty daily knows about the mathematical isolation, just as they know about the importance of their discipline and its role in current society. Francisco Montes is one of these people. He is a professor at the Department of Statistics of the University of Valencia, and conducted the debate celebrated on Wednesday 22 March within the cycle «How mathematics are seen from the other side» at the Faculty of Mathematical Sciences. This conversation between the journalists José Martí Gómez and Javier del Pino and the public of the debate dealt with the stigma of mathematics, the related role of the media, and the possibilities of overcoming it through journalism. 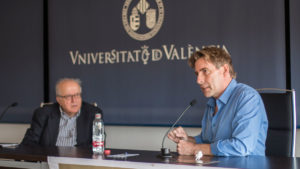 Choosing Martí and Del Pino to discuss this topic is not a matter of coincidence. Both participate in A vivir que son dos días, a radio program at Cadena Ser hosted by Del Pino. The weekend program, despite not being expressly about science communication, gives more air time to scientific content than most non-specialised radio programs, thanks to Pere Estupinyà and Javier Sampedro. Nevertheless, neither of them is content with that. Del Pino says football is a fundamental part of the problem. He described this sport as belligerent and «a greasy stain that eats everything and blocks all creativity», and told the audience about his unsuccessful attempts at taking news time from it at his station.

For Del Pino, the priority is to «break the news trends that make us waste time talking about football instead of other things», because «there are things happening in this Faculty of Mathematics and we are not talking about them». With small gestures and remarks, Martí agreed with his thesis, but also expressed his interest into using the «valuable radio time» to deal with «alternative and interesting topics such as science and mathematics».

Javier del Pino: «It is possible to do enriching radio, to explain issues such as migrations, philosophy, genetics, or mathematics»

As Professor Montes stated during the conversation, «the popularity of mathematicians and of mathematics is not too widespread». In this sense, Del Pino thinks the media are, to some extent, the ones to blame. According to him, mathematics can seem as abstract and complex as many other of the disciplines he had to deal with in his journalism career. For a time, Del Pino conducted a chess section, another complex theme that, however, found its own information space. As he explained, it is just a matter of will: «One can do “bar-top” radio, let football reign as king and even brag about not knowing any mathematics, but it is also possible to do a much more enriching radio, to explain issues that the general public do not understand, such as migrations, philosophy, genetics, or mathematics». 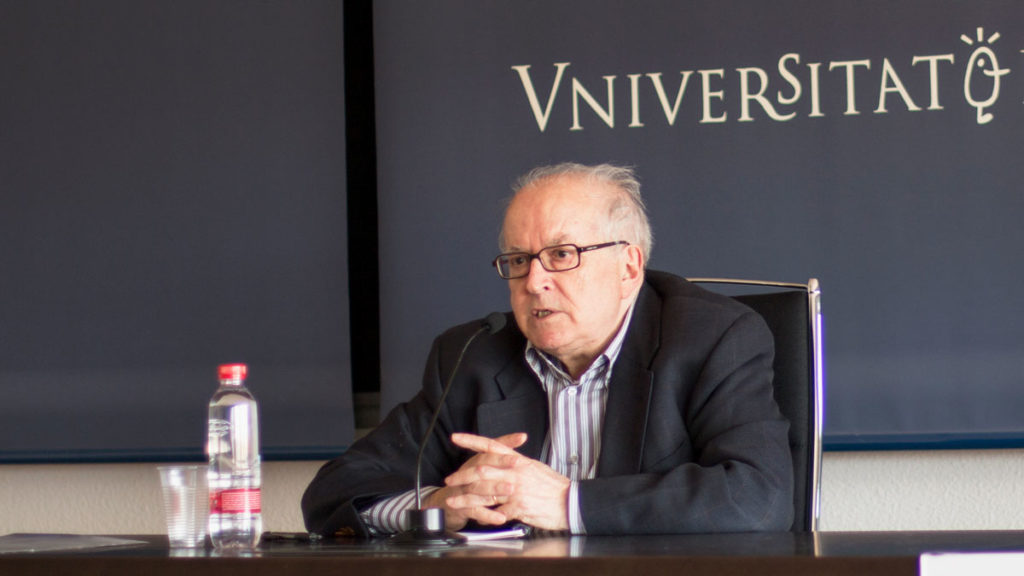 José Martí talking to the public at the Faculty of Mathematical Sciences of the University of Valencia. / Photo: María Marín

José Martí: «We fall into the journalistic habit of talking only about facts, without looking beyond them»

The conversation about the news treatment of mathematics ended with some self-criticism. Both Martí and Del Pino agreed with an observation made by the audience: how the media waste the opportunities brought up by current affairs to talk about mathematics. Often, Martí admitted, «we fall into the journalistic habit of talking only about facts, without looking beyond them» and, despite the usual political and sociological analysis using vote polling and public opinion research, very rarely is the mathematical side of statistics mentioned.

This debate was framed within the celebration of the fiftieth anniversary of the Faculty of Mathematical Sciences at the University of Valencia.

Student of Journalism at the University of Valencia.