«Knowledge and emotion are connected» 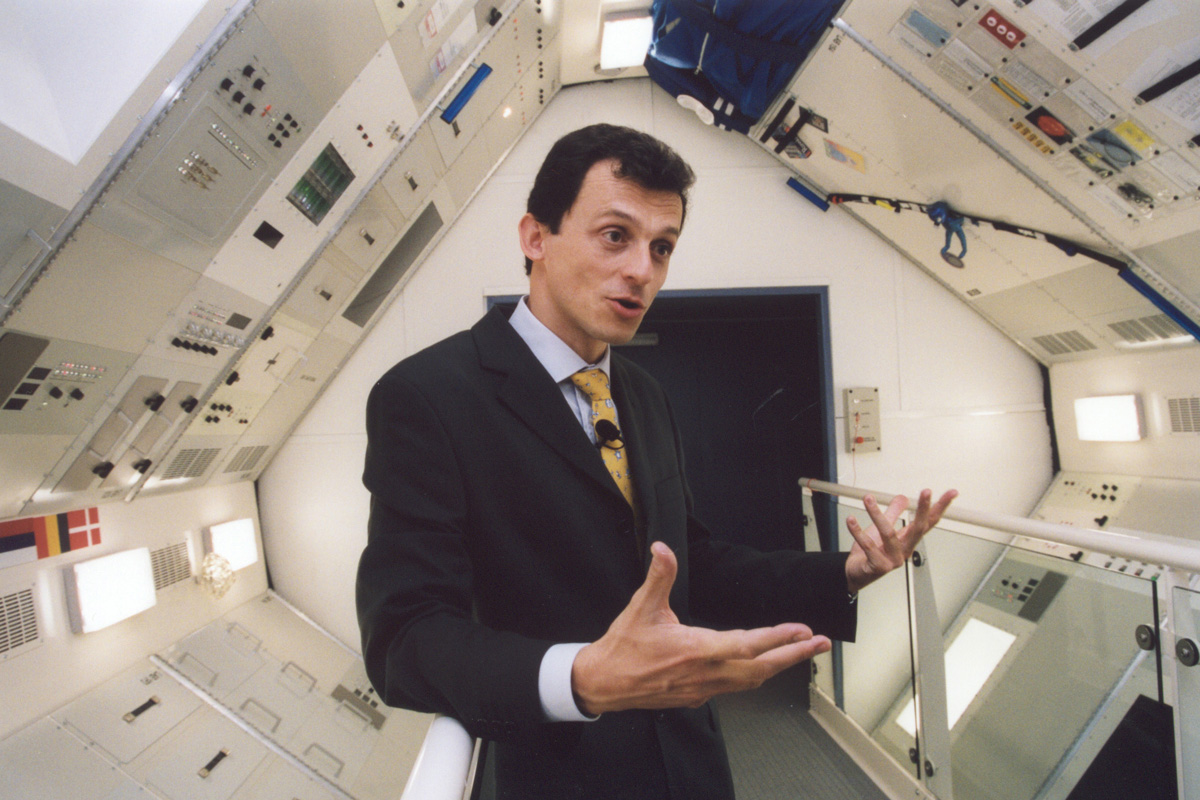 Pedro Duque (Madrid, 1963) is known for being the first Spanish astronaut in the European Space Agency to ever travel to space. Graduated in Aeronautical Engineering, he is currently Head of the Flight Operations Office at the Columbus Control Centre of Oberpfaffenhofen, Germany.

You give many talks and keep in contact with your public. Beyond the mythological figure of the astronaut, do you think there is a real interest in having a better knowledge of space?

Yes, I do believe that people are not only interested in the astronaut as a person, especially regarding the fun parts of the job…I think that people, start to be interested in knowing things and then understand that there is so much more to know about the Universe.

Almost every child enjoys playing with telescopes and planetaria. Why is this interest not transformed into professional vocation later on?

Some people are just interested and others have a true vocation. I do not think that is something peculiar. I mean, it is very difficult to convince children nowadays that acquiring knowledge or doing things that do not have an immediate reward can also be interesting and entertaining. It is a hard job, not only for spatial sciences, but also for all other areas of knowledge.

There are topics, like space travel or the possibility of extraterrestrial life, that are especially attractive for the media, but when it comes to explaining less appealing research programmes, how do you catch their attention?

The more advanced a certain type knowledge is, the less the general public understands it. This happens in this area as well as in others. How to overcome this barrier? By having a number of people —spokespersons— that explain it well enough. I have had to do it myself many times, and I try to do it the best I can. I think it is very important. I think that, if explained properly, everything can be understood at a level that can be interesting for everyone. But you have to be very skilled to do so.

The media has been accused once and again of approaching these topics in a sensationalistic way, but are not researching institutions prone to exaggerate with the aim of bringing the people’s attention to their projects?

Well, it happens many times that institutions make risky announcements that later on it shows that they had not thought them through, but this happens very rarely. What does happen is that after those press releases, the media always reports the mistakes. Very seldom, exaggerations, if there are any, go unpunished. I think that is where the difference lies. Scientists who exaggerate and cross the line know that they will not go unpunished, and therefore, nearly nobody does it.

I am thinking about some episodes like the first song transmitted from Mars by the Curiosity rover. Up to what point does popular science need to use these spectacular images to catch the people’s attention?

I think it is normal. There is a whole branch of knowledge on how to catch the people’s attention and these types of techniques are used in toothpaste advertisements, as well as in science and technology. I do not find it weird. You have to be very careful when using these techniques with real information so as not to create false expectations. That is, you have to get the people’s attention, but always telling the truth.


You are Head of the Flight Operations Office at the Columbus Control Centre of the European Space Agency. What does your job consist of?

My card says astronaut and head of this office. On the one hand, I keep my self fit and able to pass the European Space Agency tests to remain on the list of people who can travel to space; on the other hand, my everyday life at this office of the Agency consists on supervising the work of every person that works in Europe for the Space Station, who are the ones that prepare the experiments, talk with the astronauts, read the data collected on how the European systems are working up there…All these people need someone from the European Space Agency to supervise them, and that is what I do.

You have been some times in outer space. But, what is your pending journey?

«After a crisis, lost investments result in backwardness»

I have to be realistic, and I think that Europe is not going to be able invest enough money to send a European astronaut to the moon for a long time. Besides, I will probably have already retired by the time that is possible. I mean, of course I would like to do these things, but it is not possible. Within the range of what is possible… a journey to the Space Station in charge of a special responsibility, to carry out a specific experiment, assembling a new system…The kind if thing that falls within the category of possible. A new journey in a new rocket would be the best.

Maybe after the crisis we can make up for lost investments…

That is the worst part. After a crisis, lost investments result in backwardness.

Finally, many poets have written about the stars. Taking into account that you have seen them from up close, what vision do you prefer, the poetic one or the scientific one?

I cannot find a difference. Our inspiration, what truly thrills us, is knowing how things actually are. For us, knowledge and emotion are connected.