DECRESIM is a project funded by the European Research Council. Its objective is to advance the use of magnetic molecules to understand some quantum phenomena better. This excellent group of the University of Valencia wants to research the laws of the microscopic world, generally unknown,

«The Measure of All Minds», by José Hernández Orallo

Out of 1,600 craters in total, only 28 have a woman's name. The book calls attention to this and pays homage to these often forgotten historical figures. 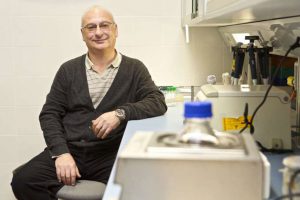 Manuel Costa, Full Professor of Botany at the University of Valencia, talks about Alfred Russel Wallace. The year 2013 has been declared the year of Wallace. On the occasion of this commemoration, the University organised a series of conferences entitled «Geography of Life». [Interview in Spanish]