News and prospects of the nanoworld 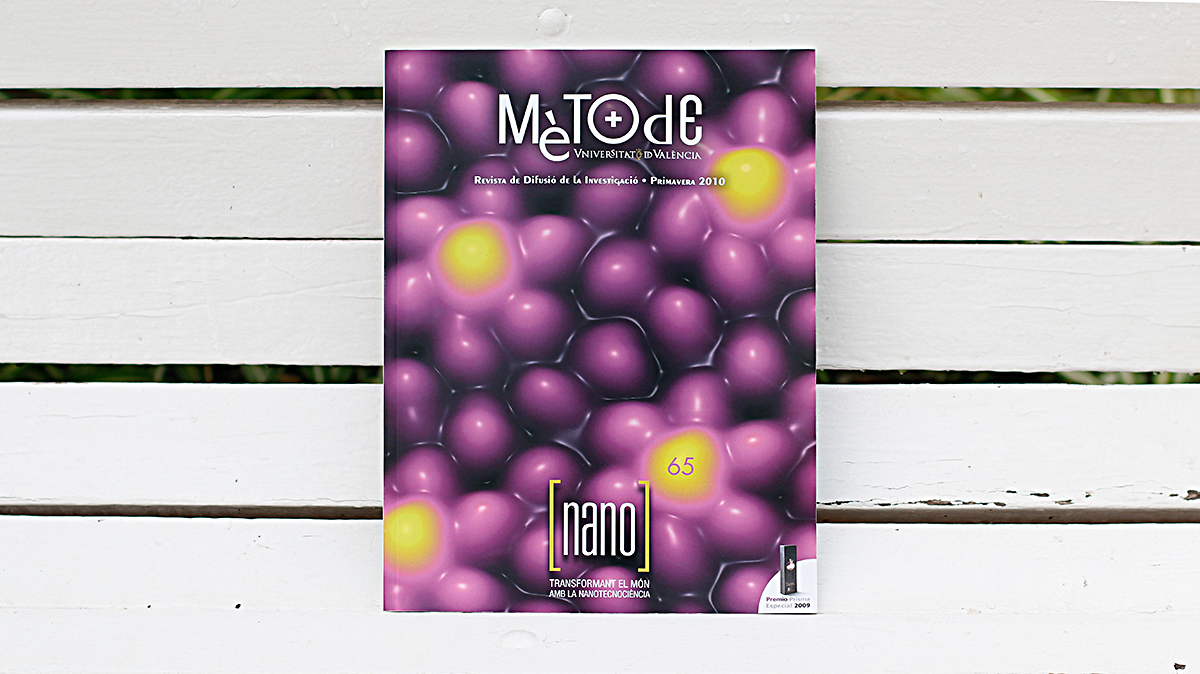 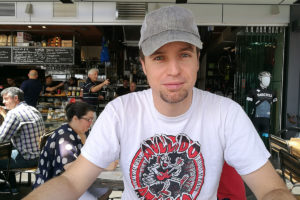 During the winter of 2009, I had the opportunity of working along Fernando Sapiña in the elaboration of a monograph about nanotechnology for Mètode. It was issue number 65, Nano: Transforming the world through nanotechnoscience (spring of 2010). Our basic goal at the time was to offer an overall look about nanotechnology while trying to highlight one of its main characteristics: its interdisciplinarity. Anyone who approaches the monograph will have a cross-section «nanoview» wide enough to understand that nanotechnoscience concerns everything: science, engineering, mathematics, humanities, art and society.

In 2000, Bill Clinton founded the National Nanotechnology Initiative (NNI), with the goal to identify and fund relevant research projects in this new strategic sector. In 2010, coinciding with Mètode’s monograph, a global study was made in order to evaluate the first ten years of NNI and also to provide a view of what was to come in the next decade. This work was published under the name Nanotechnology research directions for societal needs in 2020. We are half way through that distance, and these past years a good amount of articles have been published aiming to revise and analyze those goals originally set.

Some voices have pointed out that while the first decades of nanotechnology could be associated with a first stage of discoveries, nowadays we might have reached a new era of technological rupture and public funding consolidation (Nature Nanotechonology, 2016; Parak, Nel y Weiss, 2015; Yang, 2016). However, even if there are inventories of commercial products related to nanotechnology available in the market1, there are other voices who say that we have not yet left this first age of discoveries (Kagan et al., 2016). But, which were the most unexpected scientific and technological advances in nanotechnology since we coordinated this monograph? The list goes on and on. The development of graphene, as a 2D monolayer material, has influenced the development of many new 2D semiconductor materials. It would not be strange if the research and proposal of new 2D semiconductor heterostructures was awarded with a future Nobel Prize, as it happened with the graphene. Today, nanoscopic systems are used as platform to develop quantum simulators or even to evaluate the pillars of science. For instance, the Hawking radiation emitted by black holes can be simulated by Bose-Einstein condensates in nanostructured semiconductors (Steinhauer, 2016). On the other hand, controlling nanodiamonds’ spin gave us in 2015 the best confirmation of the validity of quantum mechanics to date (Hensen et al., 2015). The most common nanotechnology manipulation techniques have also advanced considerably. For instance, ultrafast atomic-force microscopes have been developed, which could be used to monitor mechanical cell activity in nanoscale, with videos of resolution of tens of milliseconds (Katan y Dekker, 2011). But these are only a few examples. Personally, I think the generation of new nanomaterials libraries has turned out to be very interesting (Chen et al., 2016). This sort of cataloging is reminiscent of the research that took place in the stages prior to the discovery of the periodic table. Maybe, following these strategies we might find new patterns and conceptual challenges.

«It would not be strange if the research and proposal of new 2D semiconductor heterostructures was awarded with a future Nobel Prize, as it happened with the graphene»

And actually, these libraries could turn out to be very useful for studies on nanosafety. Even if a good amount of resources are dedicated to fund nanosafety research, the reality is that the great number of new nanomaterials, the fast growth of nanotechnology research, and the need to use new approaches to evaluate dangers keep pushing back new safety protocols, which in turn delay the inclusion of new devices in the market. This year, the European Nanosafety Cluster (NCS) has published a compendium of projects with the goal of documenting every European research on the subject and then provide an updated overview of the situation2.

As we noted in 2010, nanosafety is closely related to the public perception of nanotechnology. An analysis by Javier Gómez-Ferri, De Cózar and Llopis-Goig, which took place in 2012, is the first research about the understanding of nanotechnology developed through the Delphi technique (Gómez-Ferri, De Cózar, & Llopis-Goig, 2014). Local nanotechnology researchers were consulted and the result was a list of contents which they considered fundamental for public knowledge. However, as its authors pointed out, this study must be completed by all informative demands from different audiences, along with the point of view of communicators, science disseminators and other experts in social sciences.

Art has not remained indifferent to nanotechnology development. Nowadays, the interest coming from some nanoscience laboratories seems quite significant. Californian artist Kate Nichols is a permanent collaborator in the group of professor Paul Alivisatos at the Berkeley Institute of Nanosciences and Nanoengineering. The new forms in the understanding of colours through their own nanostructure opened a new path for Nichols to develop her aesthetic principles. Precisely, images originated by new technologies of the nanoscale can form a new nanoasthetic, as professor Tami Spector points out, an organic chemist at the University of San Francisco (Spector, 2012). In July 2015, I had the opportunity to meet both researchers, Nichols and Spector, at the second edition of the Scientific Delirium Madness. During this residency I worked with Eathan Janney, neuroscientist and jazz musician, in a project of sonification of isolated quantum dots of light spectra. Our job can be understood as an alternative to cataloging the properties of nanostructures and the following libraries formation, but these are based on the patterns of sound translation (Janney & Muñoz-Matutano, 2016). In these interactions between art and science, the challenge is presented by scientists themselves: how do we incorporate the innovative channels proposed by this artistic research?

Finally, I would like to adress the visibility of local research, as part of the international referent. Two Valencian researchers in nanotechnology have been recently awarded. Doctor Avelino Corma Canós, director of the Institute of Chemical Technology (ITQ) at the Polytechnic University of Valencia, was awarded along Mark E. Davis and Galen D. Stucky with the 2014 Prince of Asturias Award on Technical and Scientific Research, for their contributions in the creations of new microporous and mesoporous materials. These nanostructured materials offer an infinity of new applications in fields so diverse as the reduction of polluting emissions from vehicles and factories, food improvement, water purification or oil refining processes. On another note, Javier García Martínez, doctor in chemical sciences and director of the Molecular Nanotechnology Laboratory at the University of Alicante, was awarded with the James the I Award of New Technologies in 2014.

García Martínez combines his academic work with business activity based on the commercialization of nanomaterials with energy uses. From the Institute of Materials Science of the University of Valencia, along with ADEIT-UV, the University–Business Foundation of this institution, we elaborated a training plan on nanotechnologies (Diploma in Nanotechnologies in Industry) with the goal of strengthening the ties between production and academy by means of a mostly practical and technological syllabus. As García Martínez already explained for Mètode TV, nanotechnology can be understood as a new and third dimension of the periodic table, where many of the discoveries and technological innovations are being developed right now, at our present time, not so much in the future. And I would dare to say: not so far away from our own borders either. The USA NNI named October 9 its Nanotechnology National Day (1 nanometre is 10^-9m, and for this reason they picked the 10th month and day 9), which actually coincides with San Dionís day (Saint Denis), the regional holiday of the Valencian Region. It is a curious anecdote which might help us remember that our local research is part of an international network that will continue to define future discoveries and challenges.

1.  1815 products of 622 companies spread in 32 countries, according to Nanotechnology in the real world: redeveloping the nanomaterial consumer products inventory (2015). Go back.

2. NSC itself has offered a nanosafety research agenda for 2015-2025. K. Savolainen et al., Nanosafety in Europe 2015–2025: Towards Safe and Sustainable Nanomaterials and Nanotechnology Innovations (2013). Go back. 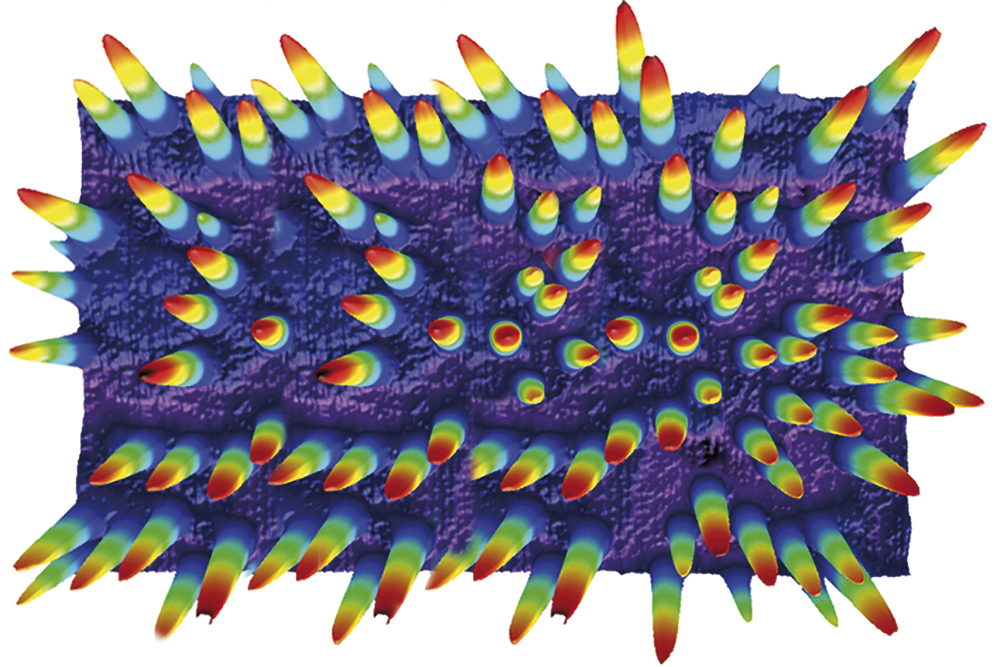 Nanoscience, nanotechnology. Nowadays, nanotechnoscience is one of the most promising areas in terms of potential social and economic transformation. Nano-objects, nanomaterials, nanotubes. New functional materials are being designed, which could modify and modernize industry. Nanomachinery, nanorobotics, nanodevices. Medicine will fashion groundbreaking treatments for numerous diseases, improving patients’ quality of life and their