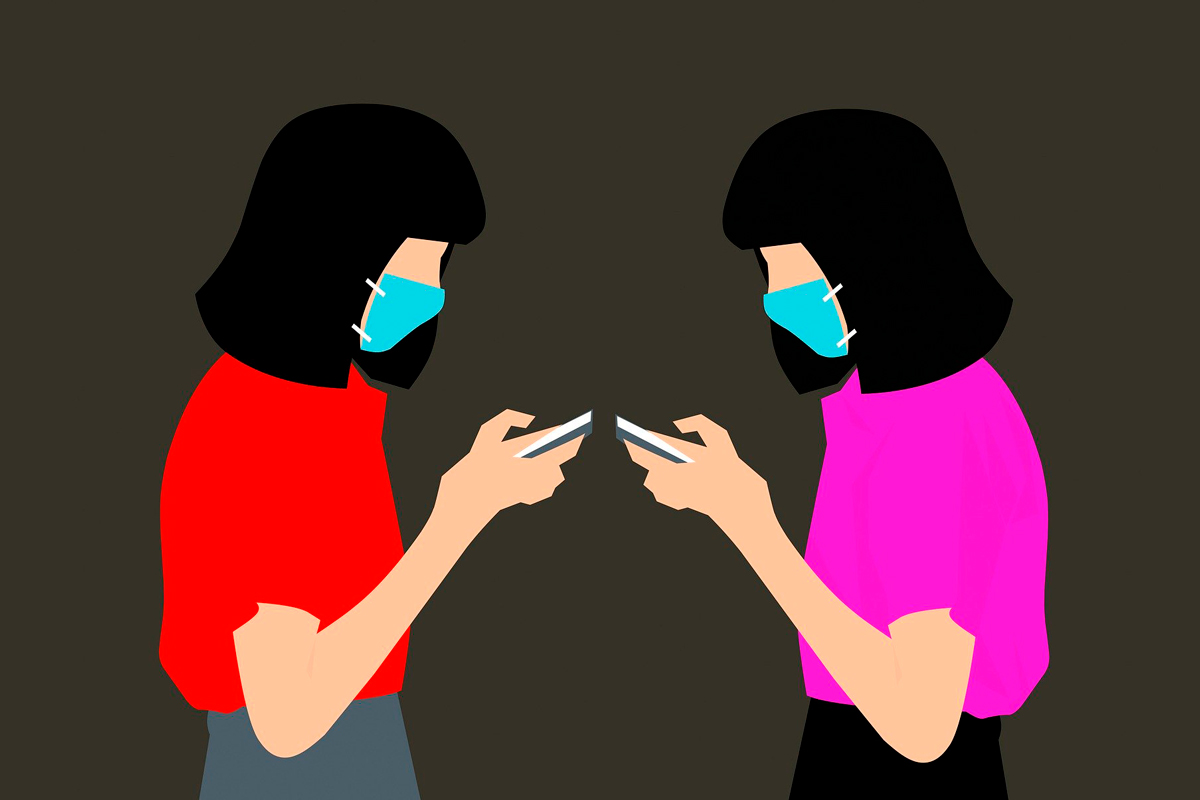 Now, finally, it is nice to live in Catalonia. We have complete unanimity. Everyone agrees. Inevitably, we have all had, have, or will have the flu.

There is a fundamental chemical argument behind the unanimous and perpetual recommendation to wash our hands with soap, but even more so in times of coronavirus. We can assimilate the SARS-CoV-2 to a sphere of 120 nm in diameter (more than 8,000 of those spheres would fit comfortably in 1 mm). Its genetic material, constituted by a single strand of RNA, is wrapped by a lipid membrane, a fat membrane of sorts. And that is why a humble but effective way to destroy the virus is to mix it with soap. Soap molecules disperse the lipids in the water and therefore completely disrupt the virus.

«The virus got plenty of time to spread at an unprecedented speed, riding on those who are infected yet asymptomatic and could still board a plane»

But before we insist on this prophylactic measure, and other more drastic ones such as social distancing, when politicians have not yet fully assimilated the magnitude of the problem or are still trying to minimise it so as not to alarm us, the virus gets plenty of time to spread at an unprecedented speed, riding on those who are infected yet asymptomatic and can still board a plane. The start of the current pandemic has already been located: the Wuhan wholesale seafood market. Since SARS-CoV-2 seems very well suited for person-to-person infection, the mobility of people in contact with the first infected person did the rest of the work. This happened at the end of November 2019. A few weeks later, what is considered the largest human yearly migration began: the Chinese New Year celebration. A fateful coincidence. By the end of January 2020, the virus was present on all five continents.

There is no doubt that this global health crisis causes – and will continue to cause – immense pain. Individual consequences, such as the loss of family members or friends, or global ones, with a profound impact on the world economy, are obvious. But from an evolutionary perspective, we are living in a fascinating time. Today, sequencing a genome – obtaining the exact order of all its nucleotides – is a routine task in many laboratories. Even more so with genomes as short as that of SARS-CoV-2. The new coronavirus’s genome has just under 30,000 nucleotides (about 100,000 times smaller than the human haploid genome).

A multidisciplinary team from the I2SysBio Institute of Systems Integrative Biology (a joint centre of the University of Valencia and CSIC) and the Foundation for the Promotion of Health and Biomedical Research (FISABIO) of the Valencia Regional Government (in particular, its Sequencing and Bioinformatics Service), led by the Professor of Genetics at the University of Valencia Fernando González-Candelas has been the first to get SARS-CoV-2 sequences of patients admitted to the University Clinical Hospital of Valencia. Eight genomes have been published so far (March 26). Technically, it is fast and cheap to obtain sequences and share them with the rest of the scientific community. An open database such as NextStrain allows experts to visualise the pandemic progression in space and time, as well as the genealogy of epidemic outbreaks, thanks to the phylogeny of viruses sequenced around the world. A few years ago, an international collaboration of this dimension, one that allowed us to follow the pandemic live, was unthinkable.

A genome is literally a historical document, a record of the that which the ancestors of that individual experienced. All biological entities are characterised by the ability to reproduce, but they do not generate identical offspring: there is always a greater or lesser degree of change or mutation. This diversity is the raw material of natural selection, a fact that was recognised very early by Darwin, when in 1838 he noted in his notebook that, when reproducing, living beings have a «tendency to change». The most idiosyncratic feature of a virus would be precisely its exorbitant tendency to change: they generate a great diversity in each reproductive cycle (without going too far). Viruses follow the very fine line that separates evolutionary success from catastrophe and accumulated errors from extinction. And because they occur in such large populations, they are a Russian roulette: some members of the population will disappear, drowned in a sea of mutations, while others will display their diversity at an obscene speed. This allows them, among other things, to explore new identities: to try to infect new hosts (zoonosis is the phenomenon associated with the invasion of human populations from other animal hosts) or to evade or subvert the immune defences of the hosts.

«Genomes help us understand who SARS-CoV-2 is, what it does, how it does it, and where it is going»

Knowing the detailed genomes of viruses and their phylogenies – molecular epidemiology – allows us to understand the origin of the outbreak. Was it a zoonosis from bats or were other hosts involved? Where did this fatal transition occur? What is the rate of change of the virus? All indicates that SARS-CoV-2 mutates at a slower rate than the seasonal flu virus, which could help make the immunisation induced by future vaccines more durable. Genomes help us understand who SARS-CoV-2 is, what it does, how it does it, and where it is going.

In any case, the big question we have to ask ourselves right now is what social and political landscape we will be left with after this unforeseen pandemic. To what extent will the direct experience of the power of infectious agents over us and our civilisation (the raw realization of their fabulous evolutionary capacity) make us more sensitive to the value of a robust public health system and the need to equip ourselves with powerful tools to anticipate and research, such as those provided by molecular epidemiology. These will be inescapable issues for the survivors of COVID-19. Because, inevitably, as Pla would say, we have all had, have, or will eventually have SARS-CoV-2 or any of its evolved descendants.