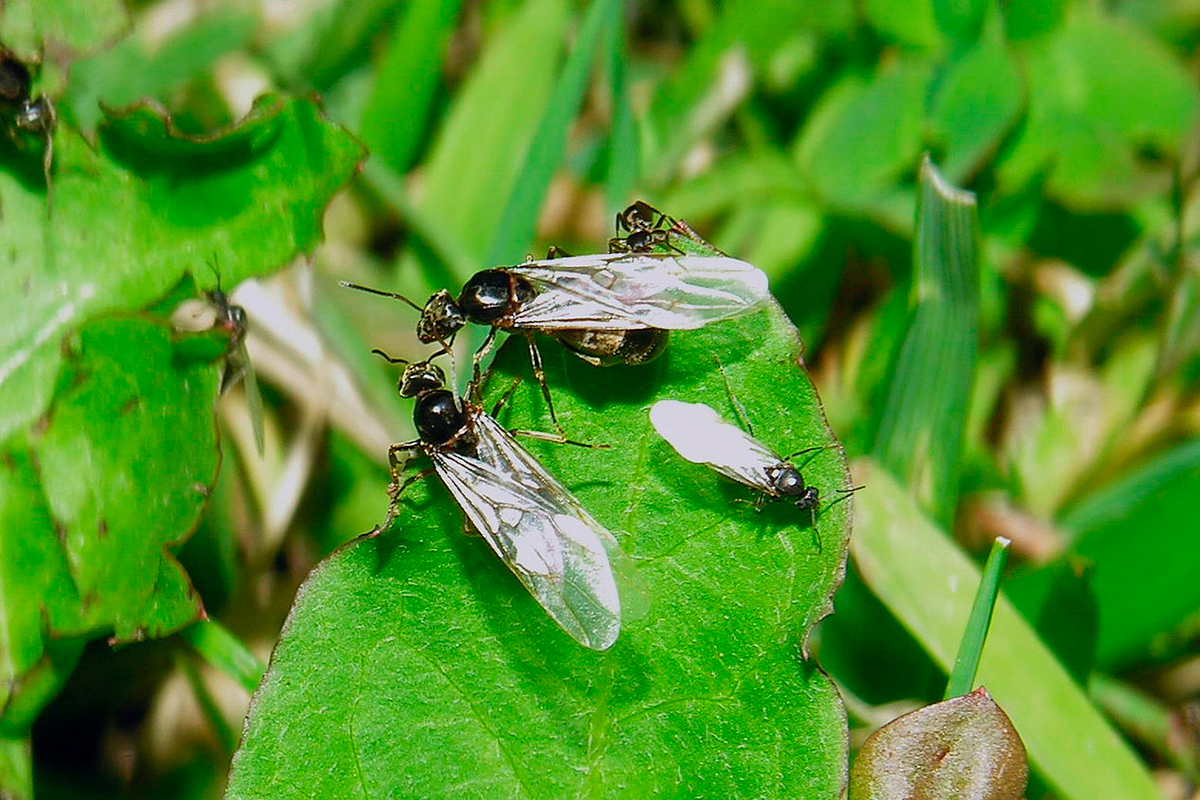 Among insects there are two large groups, depending on whether they have wings or not: apterygotes (without wings) and pterygotes (winged). There is a very interesting nuance in this division: apterygotes did not lose their wings. They are simply at a point in evolution in which wings have not yet appeared. It is a relatively small but very common group. It includes, for example, springtails, quite abundant in the soil, or zygentomae, a group containing silverfish, among other species. Pterygotes, conversely, are the most abundant and diversified insect group, and all of them are characterised by the presence of wings. Throughout evolution, these wings underwent very interesting modifications. Just look at the difference between the wings of a butterfly and those of a fly or a grasshopper. In addition to these modifications aimed at greater wing efficiency to facilitate flight, capturing or saving energy, it is relatively frequent for them to disappear, resulting in apter species, which are different from apterygotes because apters did develop wings, but later lost them.

Based on this distinction, ants are pterygote (winged) insects, included in the Hymenoptera family. They are social and show a marked division of labour, which has led to the worker caste having lost their wings and become apters. The fact that their activity occurs mainly on the ground causes wings to lose functionality and has evolutionarily facilitated their disappearance. But social insect species also need a reproductive caste: male and female ants that reproduce and form new ant nests. This castes retain many of the characteristics of winged insects. Wings are useful for these reproductive specimens. They ensure the interbreeding of males and females from different ant nests and guarantee maximum dispersal and colonisation of new territories.  That is why, in the so-called «sexuated» individuals, evolutionary changes have not led to the disappearance of wings, and they remain as in the rest of hymenopters. These breeding individuals appear only at certain times of the year, depending on the species.

In the case of ants, we could say that the production of sexuated individuals extends almost to the entire year or, rather, from March-April to October, which coverts the entire period of activity for ants, as well as many other insects. However, in most cases this phenomenon goes unnoticed because the number of specimens of this type is not high enough for us to perceive. We tend to confuse them with other flying insects. But at our latitude, a first hatching in May-June might be noticeable for the genus Lasius: these black ants of about 4 mm in length that we can find in our gardens and tend to hatch massively in the evening, sometimes in a very dramatic way. But the most well-known and flashy would be those of the genus Messor: almost a centimetre long, with sexuated individuals of over 1.5 cm and with bulky abdomens. They appear massively in the autumn, even within cities, and often after the rain. These sexuated specimens fly well and we can find them on our windows or cars. Their presence is usually covered in the local news.

Answered by ALBERTO TINAUT RANERA, biologist and full professor of the University of Granada specialising in taxonomy, ecology, mountain wildlife, and Formicidae biology.

«Mètode’s whys and wherefores» is a science consultation office where the readers send their scientific questions and an expert answers them. You can send your question using this form. All the questions we receive until 15 June will participate in a draw to win a selection of Mètode publications.

*  The draw might be postponed due to the health care crisis.