Why Are Ants Capable of Carrying Much More than Their Own Weight?

This is a very interesting question. However, in spite of how fascinating its answer may be, I think this question brings about another two— Does this statement affect all ants? Are only ants capable of carrying more than their own weight? The reader who sent this question probably read that ants are capable of carrying 50 times their own weight and up to 30 times their own volume. It is true. Among ants, the genus Atta, a leaf-cutter ant that lives in South America, holds the record. Surprisingly, these ants don’t eat the green leaves they collect from trees and which are cut with their own jaws— they use these leaves to feed the fungus colony they grow inside their nests. Ants feed on these fungi.

These fungi feed on these leaves the ants bring to them. This way, the anthill becomes a kind of underground farming land. Ants feed only on a specific part, very high in nutrients, of these fungi. The more fungus there is available, the more food there is for the ant colony. Therefore, they need to constantly provide leaves to ensure the survival of both the fungus and the colony. Ants have had to specialise not only in leaf carrying, but also in doing it steadily and uninterruptedly. They could either do it faster or carry more leaves per load. Apparently, they chose the later. Selection and their biological evolution have shaped this ant into becoming the perfect leaf-carrier. For this purpose, not only natural structures —which can by default handle more than their own weights —play an important role here, but also their cephalic musculature and their pronotum (something similar to a neck) play an important role in enabling them to lift these weights. We must remember that leaves are 50 times heavier than ants and 30 times larger and they carry them on their heads and grab them with their jaws.

Are all ants capable of carrying heavy weights? Yes, they are. Most ants get their food in open air, often away from their nests, and must bring it to the nest to feed larvae, breeding individuals and other non-forager workers. Whatever the diet is in every ant species (carnivores, omnivores, granivores, etc.), all of them are capable of carrying the food from the point they get it to their nests. In our area, for instance, it is easy to find individuals of the granivore Messor ant, which carries different seeds—often bigger than themselves— in its jaws.

Finally, are ants the only ones capable of carrying larger volumes than their own? Not at all. Most insects are capable of putting away, drag or carry more than their own weights. Beetles stand out due to their large bodies and the hard shell that covers them. Rhinoceros beetles —a common insect in the Mediterranean area during the summer— can carry loads up to 50 times their own weight. These animals grow in rotting wood. When they reach maturity the have to make their way among branches, stumps and other obstacles. They use their strength to overcome these obstacles. However, these activities don’t refer to transportation of heavy weights. Dung beetles mix, drag, lead and bury their dung ball with which they will feed their larvae. These balls’ volumes and weights are disproportionate to the insect’s size. No wonder one of its subspecies Onthophagus taurus, is the strongest insect on Earth according to British and Australian scientists who published their results in 2010 in a very prestigious scientific journal. This small black beetle— no more than 1 cm long— is capable of dragging 1141 times its own weight. In human terms we would be talking of 80 tons. 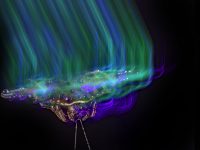 A team of researchers of the University of Alacant, together with German and Brazilian scientists, have discovered a