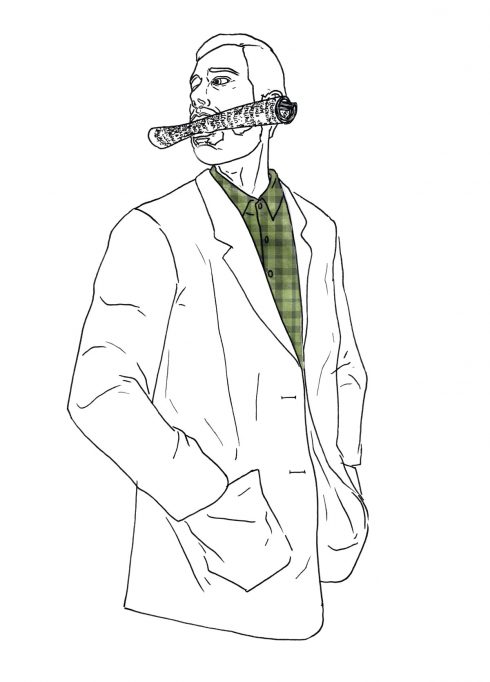 I am in a children’s hospital, learning about the research they carry out. I have been invited to see if I find it interesting for my TV programme El cazador de cerebros, for the radio programme A vivir, or for any of my dissemination works. A prior consideration, relevant for what I will explain below: I am delighted to go, and thankful, because I am fascinated with the functioning of research centres, but no one pays for the time I devoted to the visit and the transport costs. I insist: I am not complaining because it is part of my job, and it is actually the part I enjoy the most. But it is not a trivial aspect.

After we met, they explained their lines of research and showed a specific project that is among the most interesting I have seen in a long time: that same day they were going to start a clinical trial with a two-year-old girl who came from Switzerland with her parents. She suffered from an eye tumour, which usually ends with the removal of the eye. But a novel therapy might prevent that outcome. The therapy is based in a genetically-modified virus that specifically attacks and destroys the tumour cells. It has shown very positive results in mice, has passed all the previous animal studies and evaluation committees, and will be tested in humans for the first time ever. I repeat: that same day, in that Spanish hospital, a Swiss two-year-old girl would undergo a unique treatment and, a week later, her parents would know if their daughter’s tumour was in remission. It is a huge story. Of course I wanted to tell it!

«Researchers convey data, but not the story behind them»

I got excited and told them that we could talk about it on the following Sunday’s A vivir, or wait a week for the results, if they preferred. And also that, if the parents gave consent to record their child, we could make a beautiful report for El cazador de cerebros, making it clear that it is an experimental treatment, explaining the previous story of the treatment and every nuance they wanted to include. I even told them that it would be best to have a news report team there in the evening and follow the story for a few days, because of its fabulous human side, because it was first-class science, and because of the thrill of not knowing whether or not it would work. And then comes the problem:

—Oh, don’t. This cannot be broadcasted until the results are published…

—What? I mean, I know how this works… But, seriously, we complain that science does not reach society. This you have here is a story with great potential to reach a wide audience, show how science works, and prove its value. In a couple of years you will publish an aseptic paper about a rare tumour, with statistics instead of people, and no impact.

—Yeah, well… But the pharmaceutical company in charge will not allow it to happen.

—Nor will you, it seems.

And looking them in the eye, in a tone that was close to anger, I said:

—Then why did you bring me here?

—Well… So you knew about it… and other things we do…

—I have a genuine interest in this. If we can report on it, call me.

Of course, the dialogue was much more pleasant, but my inner frustration was way more inflated. I am starting be tired of making an effort to talk to scientists so they can inform me about very novel and interesting things that I cannot publish. Then they complain about «paper» scientific journalism, they want us to report «science in action», to tell stories and do so with emotion. But the restrictions of science, as well as its caution, which I perfectly understand, do not make it easier. Let us assume this already.

Days before I had been in the laboratory of an anthropologist who showed me a hominid skeleton in excellent state of preservation, also with a very interesting story behind it. «You can take a photograph, but do not publish anything of upload it to your social networks until the paper has been published, because we sent it to Nature and it might be detrimental to us». I told him the same thing: you will publish the paper, a few or many press notes will be published in a couple of days – all of them similar – and that is it. It is impossible to involve people that way. You are actually cold and distant. You convey data, but not the story behind them, which is what connects to the human part. And I told him about Susana’s case.

«Current science leads us to pajama dissemination, to write about stories without ever leaving our homes»

Susana Carmona is a neuroscientist I met years ago during my stay at the MIT, when she was working on her postdoc. A Sunday in December 2016, she wrote to me on Facebook to say hello and inform me that they were going to publish a great study she wanted to tell me about in case I was interested. I was walking around the Matadero centre in Madrid, but very few exhibitions are as interesting as a scientific discussion on some novel issue, so I called her right away. And, wow, did she have a good one… They were going to publish in Nature Neuroscience the following Thursday, proving for the first time the brain changes a mother undergoes during pregnancy, and the fact that these seemed to be permanent, because they continued two years later. Apart from this novel idea, there was another beautiful underlying story: Susana and two of her neuroscientist friends who wanted to be mothers started the study, searched for scientific papers on the effects of pregnancy on the brain, discovered there was nothing about it, and started researching with no funding. They were the study subjects and ended up publishing in one of the most prestigious journals in the world! It is great. The research project has elements (proximity, a story, general interest) that allow it to be reported on in many different ways. Susana told me about the publication, but there was an information embargo until the following Thursday. «It will be everywhere,» I told her. «But you see, all the reports will be similar, they will just repeat the press release sent by the journal and add some of your appreciations, but the style and narrative that the case implies will be nowhere to be found. If you had told me before…» She answered: «The journal did not let me do that». And I insisted: «But the story is not only this. Even in the middle of the study, when you are pregnant and getting into a scanner, that is interesting and allows us to follow as story in the making, rather than only narrating aseptic data.»

This is disseminationally-wasted science. We will tell the story afterwards, with a good narrative, but none of the thrill, or the day-to-day, or the discussion on what is happening, away from people and society. We will not see a pregnant woman going into a scanner, we will instead talk about «a study with twenty volunteers proving…» This way, it is very difficult to do science journalism that truly connects with the audience. Current science – and some communication cabinets – leads us to pajama dissemination, to write about stories without ever leaving our homes. For me, it is more and more fulfilling every day to visit scientists in their laboratories. If I do, it is because I like to.

I know I am exaggerating (I do it to encourage reflection) and that there are exceptions such as the search for the Higgs boson. You might say that stories can be narrated quite well after the fact, when all the details are controlled and there is no place for errors or false expectations. Of course, and you could also watch a pre-recorded football match. But it is not the same. In fact, when you think about it, science wants us to watch the game when we already know the result. But no, that will never be as interesting.