How to become a science communicator 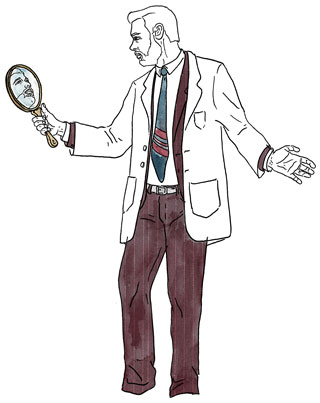 I often receive messages from young scientists telling me that they would like to take the leap into dissemination and asking me for advice on how to get started. Their enthusiasm and innocence remind me so much of Pere, «the biochemist who abandoned his PhD studies to devote himself to scientific communication» (as I define myself in my bio), that I always answer with great empathy

I try to personalise the answers when I have enough information, but it is not always possible, and over time I have identified some general principles that I usually repeat. Today I present them as a guide. I want to clarify that this is my vision and that I write thinking about the most common profile of people who contact me: a man (although everything I say works the same for women) in his twenties or thirties who is finishing a scientific degree, or doing his doctorate, or has even completed it already, and who likes science but does not see a bright future as a researcher – sometimes he lacks motivation in the laboratory and other times he feels stranded without clear professional opportunities. What is my advice?.

Without vocation it is not worth it

My first message is always a warning: scientific communication is certainly a stimulating, creative activity in which you never stop learning. But as a profession it is hard, poorly paid, increasingly competitive, requires certain skills and there are some unsavoury scam jobs. Those who see popularisation as just another career opportunity, without any particular vocation for it, should put it at the bottom of their list of options. In this profession you will only succeed if you like it so much that you are ready to invest a lot of effort in it.

This is why I often discourage those who are not convinced and see it as «just another alternative». Where I do detect a sincere desire and vocation, I am also conservative and recommend that they do not drastically depart from the conventional scientific path, nor leave a doctorate or a paid job if they have one. I tell them to try some informative activity to see how it works and how they feel. There are many examples of scientists who successfully combine their work with dissemination.

That being said, if you are fearless and want to go all out, go ahead because – at least in this case – illusion is more important than talent.

Test yourself and exploit your strengths

Another tip for getting started is to do lots of tests with different topics and formats to find out what you are good at and what you like best and least. Maybe your model is a youtube creator and when you try to record yourself you look fake or boring, or on the contrary, you record yourself one day and it turns out that it works. Do not despair, do not freak out, the best thing you can do is build on your strengths. So before you choose your path, test yourself on several fronts and analyse the result. Before taking the leap into popularisation, I had a science section on a local radio station and published some texts, and it helped me gain confidence and convinced me to get serious about it.

Should I study for a master’s degree?

There are two main ways to enter a professional path: formal training (usually a master’s degree) or entrepreneurship and self-learning. The decision depends on geographical, economic, or personality factors. Master’s degrees are a very good option because they give you many tools, contacts, and interesting practices, but they are expensive, do not always make a difference and are usually more focused on institutional scientific communication, which is not the most satisfactory for those of us who do this vocationally. If you have the money and the time, I do recommend it. But it is by no means essential.

The other way is adventure. It is also expensive in the sense that it will require a huge and unpaid initial time investment to «make a name for yourself». In addition, in difficult times you will feel fragile and unaccompanied. But if you have creativity, discipline and an entrepreneurial spirit, creating your own path has great advantages.

Find niches and be proactive

Many people who write to me from Latin America complain that there is little demand for science communicators in their countries. That is true, but it can also be seen as an opportunity, where being the first is risky, but gives you a lot of advantage. The same thing happens in the media, companies, foundations, or institutions with an apparent lack of interest in science: they are niches to be explored. I recommend offering science where there is none. One of my most successful projects was the blog «Apuntes científicos desde el MIT» for El País: I saw that they had an extensive list of blogs, but none of them were about science, and I offered it to them. I know that later they received more proposals, but they did not accept them, because they already had mine. It is true that you need the fortune to contact them at the right time, but assume that nobody is going to look for you and that when a job offer is published the supply of résumés is massive. Be proactive.

If you are already established, the strategy of offering what the market demands can work, but I am in favour of constantly looking for new niches. If you see that there is no science in your city’s cultural centre, make a proposal.

It seems obvious, but it still needs to be said: when someone accepts your offer and gives you a chance, do not adjust your effort to what they pay. You will have time for that. At the beginning of your career, do whatever it takes to do a good job so that they will want to hire you again.

Some colleagues disagree, but I am in favour – especially at the beginning – of writing one very good article instead of five mediocre ones. At the beginning you need to do something that you can send to anyone who asks you for an example of your work, something to surprise them.

Social networks as a platform

Nowadays, starting with social networks is easier, as this is where there are more opportunities. If you find a niche you can have more impact from YouTube than from a TV show. But, beware, very few people can really make it work: nobody sees the huge amount of youtubers that leave frustrated because they have only a few hundred hits. From my point of view, networks are great for experimenting, developing style and personal branding, making yourself known, and thus reinforcing your books, conferences or paid jobs. Because if you want to live off this, you need to be paid at some point.

Persevere without getting stuck

In an unstructured profession like this one, there are many ups and downs, and not giving up is part of the success. But at the same time, it is wise to rectify and change course if you see that a path is not progressing. You must know yourself, know if you want to play the guitar as a hobby or as a job, if you want to sing your own songs or those of others, and settle down in a group or define your own style.

I know that what I have presented here is very basic and perhaps biased towards a more independent type of communicator, but I hope it will serve as a guide. You will be the one to decide if you start in YouTube or if you prefer to write, to get into a communication office or to do more journalistic work, to become a specialist in an area or to be a generalist. I cannot be much more specific, and there are many more options than those I have mentioned. As I usually say at the end of most of my messages: «Courage, and tell me how you’ve done in a while.»