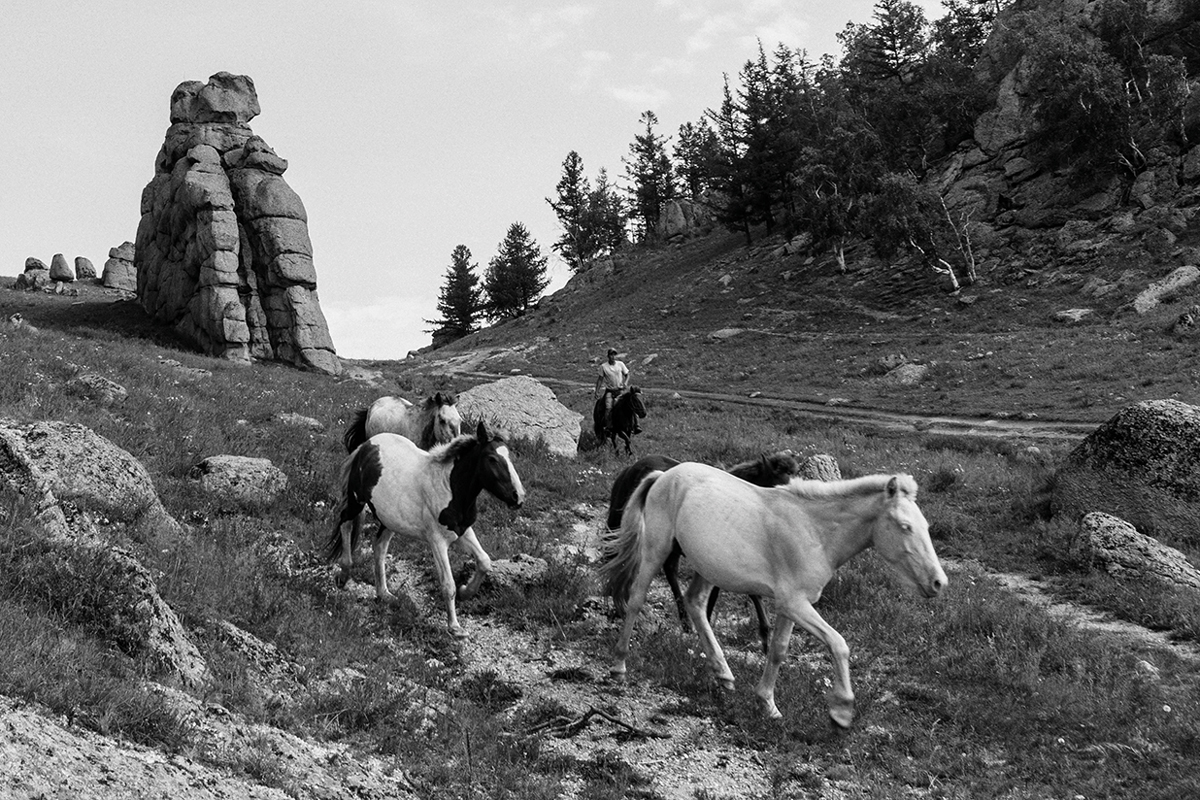 Breathing muscles work automatically, thank goodness. Their function is controlled by inflexible nervous circuits, focused on the very noble and necessary task of lung ventilation. This is a general rule in mammals – and other animals. We humans, however, gleefully skip it: we can voluntarily change this automatic rhythm, an ability that may seem small but reflects a major evolutionary change. By voluntarily taking control of these muscles, we can briefly interrupt their respiratory mission and use them to play the trumpet, utter precise vocalisations, or burst into loud laughter. Interestingly, our bipedal posture seems to have played a key and little-known role in this conquest.

In our bipedal stance, the hands became free, which was very useful for throwing stones, carrying things, and making all kinds of artefacts. It also freed the muscles responsible for breathing from a particular yoke. In quadrupeds, locomotion and respiration are generally connected: a galloping horse expels air through the impact of its forelegs on the ground – which squeezes the thorax – and breathes in during the period of «flight» that follows. Its gait follows a 1:1 stride/breathing rhythm. They cannot change it. Their body architecture and nervous system prevent them from modifying the respiratory rhythm at will, because locomotion generates important mechanical constrictions on ventilation.

«A human laugh can be triggered automatically by something we find funny, but once we get going we can modulate and fake it»

In our case, however, this is not the case, and control over breathing is particularly flexible. When we run (we are good long-distance runners; our Paleolithic ancestors did it to tire their prey and many still do it today for sport) we synchronise our breathing with our locomotion, so that we take two steps for each inhalation and another two during exhalation, i.e., we set a 2:1 stride/breathing rhythm. This is the most common ratio, but we can change it; some runners use a 4:1 rhythm, others prefer 5:2, 3:1, and so on. Breathing is connected to gait but, unlike quadrupeds, we can change the timing at will, since the bipedal posture has freed our forelimbs from the stresses of locomotion: our respiratory muscles do not have to worry about the thorax contracting under the impact of our forelimbs on the ground.

We have precise control over breathing (though not from the start, as infants we find it difficult to blow out candles) because the evolutionary process has endowed us with direct connections between the cerebral cortex and the neurons responsible for muscle contraction, which proved very useful in extending our range of vocalisations and facilitating the externalisation of language. But all of this had another nice consequence: we can laugh like no other species. Our chimpanzee relatives are not forced quadrupeds, but they maintain automatic, gait-synchronised breathing control, with a 1:1 rhythm that they cannot change at will. Because of this, their laughter – yes, chimpanzees have something akin to laughter – consists of, as it were, rapid breathing, generating a loud gasp with each inhalation and exhalation. Humans, however, laugh in a different way, just breathing out, exhaling air in a series of choppy steps that we can regulate in the most creative styles.

A human laugh can be triggered automatically by something we find funny, but once we get going we can modulate it, and we can fake it too, thanks in part to bipedalism. And what about horses… can they laugh out loud?