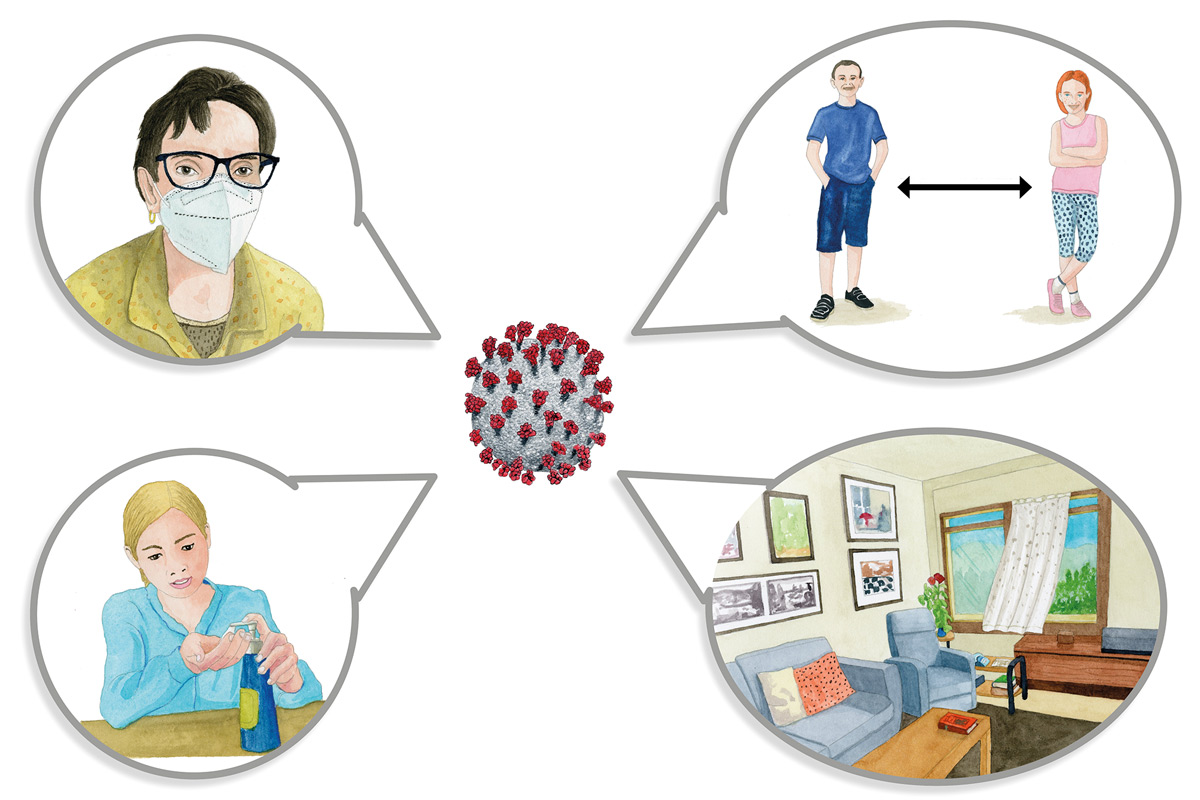 Viruses are organic beings with a simpler structure than cells, and their nature has been, and continues to be, most contested. Controversy surrounds whether they are actually extremely simple living beings or, conversely, supercomplex organic molecules; whether they actually «live» or «are lived». No virus can reproduce on its own, but rather they always need to use the replicating machinery of a host cell. While all cells have two types of genetic material, DNA and RNA, viruses have only one type of genetic material, either DNA or RNA.

Viruses unquestionably play an essential role in the biosphere, and their importance as pathogens affecting humans, other animals, plants, fungi, and micro-organisms has been, is, and will continue to be of transcendental importance in the evolution of life on our planet. Many of the scourges of humanity throughout history have been viral diseases.

But it is also true that viral strategies are quite different from cellular strategies. Virtually all cellular organisms have genes originating from viruses. The entire course of the evolution of life is in fact a story of virus-host co-evolution. Viruses are the ever-present parasites of cellular life and the most abundant biological entities on Earth. Consequently, the evolution of life cannot be understood without first shedding light on the origins of viruses, which remain a mystery to this day. Several possible scenarios have traditionally been considered for their origin: descendants of precellular primordial genetic elements, a reductive evolution from cellular ancestors, an escape from the cellular hosts of genes with partial replicative autonomy that become parasitic genetic elements, and others.

According to the «precellular primordial genetic elements» hypothesis, viruses are direct descendants of the first replicates that existed during the precellular stage of life’s evolution. The «reductive or regressive virus origin» scenario, however, states that viruses are the end product of the degeneration of ancestral cells that lost their autonomy and transitioned to forced intracellular parasitism. Finally, in the «escaped gene» scenario, viruses evolved independently on multiple occasions in different cellular organisms, from host genes that acquired the capacity for (quasi)autonomous «selfish» replication and infectivity.

The science of virology was born at the end of the 19th century, thanks to the work of the Russian Dimitri Ivanovsky (1864–1920) in 1892 and the Dutchman Martinus Beijerinck (1851–1931) in 1897. The two did similar experiments involving a viral disease affecting the tobacco plant and showed that these pathogens were smaller than bacteria, because they could pass through porcelain filters that did capture bacteria. When Louis Pasteur (1822–1895) stated that «the virus is a microscopic parasite that can multiply in a culture outside the body of the animal», this definition covered both bacteria and viruses, since the structural differences between the two had not yet been discovered. Beijerinck proposed the use of the name virus (Latin for «poison») for these new entities, and said that viruses were a contagium vivum fluidum, i.e., a “contagious living fluid”. This description was not very rigorous, but it postulated a new type of pathogen and, furthermore, the existence of subcellular living organisms.

«Our response to COVID-19 has been at the same time modern (fast-tracked search for drugs and vaccines) and almost medieval (confinement).»

During the first third of the 20th century, viruses gained enormous importance when they were discovered to be responsible for many animal and plant diseases. But we could not yet imagine that knowledge of their exceedingly simple structure would expand our understanding of the phenomenon of life so greatly. All viruses consist of a single type of nucleic acid and a protein coat, called a capsid, which protects it in the extracellular environment. In addition, some viruses have a cover of diverse chemical composition, including glycoproteins and lipids. Each virus particle is called a virion. Regarding the genetic material, there are four types of nucleic acid in viruses: single-stranded or double-stranded DNA, and single-stranded or double-stranded RNA. Cellular organisms, from bacteria to humans, always contain both double-stranded DNA and single-stranded RNA.

In recent decades, the incidence and impact of epidemics had dramatically declined. This «miracle» is due to unprecedented progress in medicine in the 20th century, which has given us vaccines, antibiotics, and sanitation improvements in terms of water purification, hygienic conditions in hospitals, and food safety measures. In 2010, the death rate from infectious diseases fell to 3 % of the total. However, the present COVID-19 dreadful pandemic is telling us that we are still in danger, as we live in a microbial world. While there are currently almost 8 billion people on the planet, the total number of viruses has been estimated at 1031, so viruses clearly outnumber us: 1021 to 1(!).

«Regardless of the biological nature of viruses, one thing is clear: viruses kill»

We can consider that humans have two types of legacy: biological (genetics) and cultural (the transmission of knowledge or beliefs). Our cultural legacy allows humans to do what no other organism can: accumulate experience from one generation to the next. At the same time, our cultural legacy leads to cultural evolution, the dominant mode of human adaptation. Over the past millennia, humans have adapted their environments to their genes more often than the other way around. However, if there has been any sort of selection in humans, we are the descendants of those who survived the Black Death, smallpox, malaria, diarrhoea, tuberculosis, and many other diseases. Thus, our current genes were passed down to us from individuals who either had an adequate immune response or a greater resistance to those infectious diseases.

The SARS-CoV-2 coronavirus pandemic, responsible for the disease we now call COVID-19, is an «unexpected» twist on the belief that infectious diseases were under control. We have no genetic protection for COVID-19, and it is altering our cultural inheritance, physical contact habits such as shaking hands, hugging, and kissing in our interactions with friends and family.

Despite advances against infectious diseases, our own population growth and environmental degradation have made us more vulnerable –not less– to microbes that evolve forty million times faster than humans. COVID-19 is a contemporary disease, but our response to it has been at the same time modern (with a fast-tracked search for drugs and vaccines) and almost medieval (confinement). Thousands of scientists are using cutting-edge tools to sequence the pathogen, transmit information about its virulence, and collaborate on potential countermeasures and vaccines. But let us remember that this collective knowledge must be used not only to survive this pandemic, but also to prepare ourselves to better resist other potential pathogen attacks. Because, regardless of the biological nature of viruses, whether they live or are lived by their hosts, one thing is clear: viruses kill.