«I wish they had not dubbed it the "God Particle"»

Discoverer of the Higgs boson 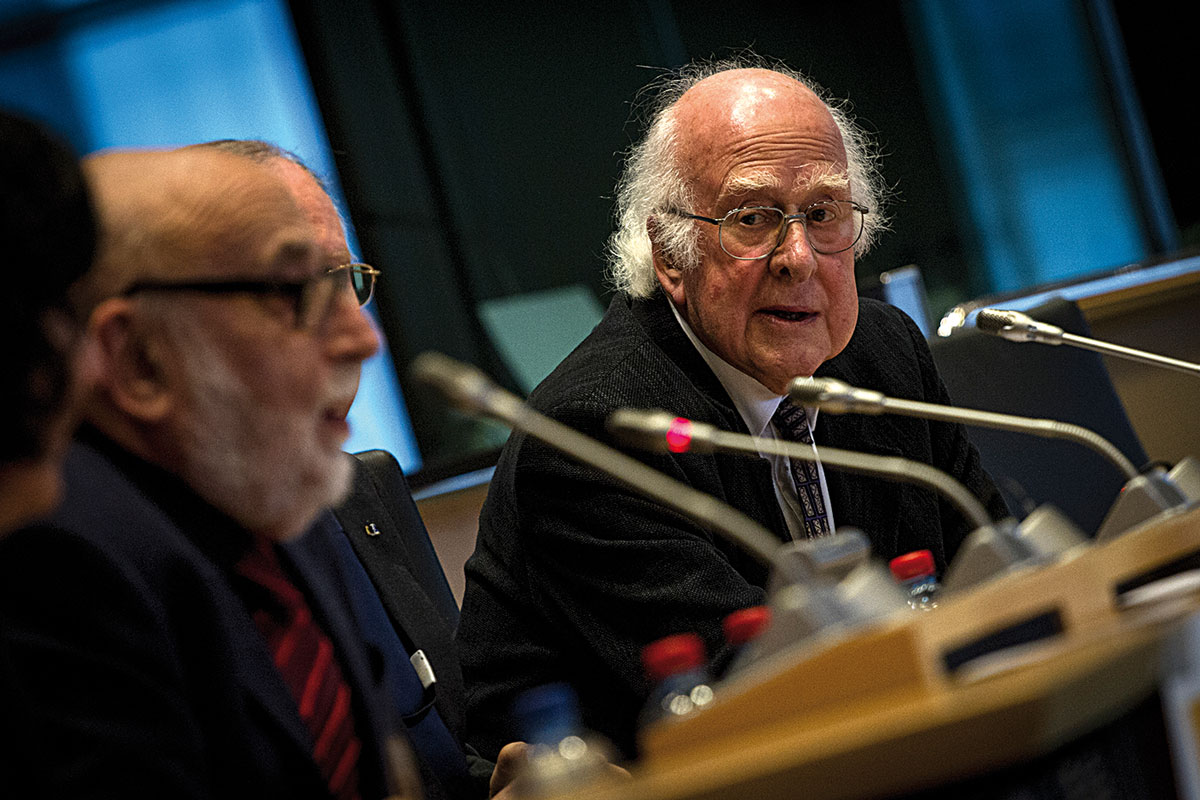 To invent: find, discover, by dint of study or wit, something new or previously unknown. For my generation, the word inventor calls to mind bygone days, conjuring up images of great men of science like Gutenberg, Galileo, Newton, Niepce, Graham Bell or Edison busy with mechanical sparks and surrounded by clatter. However, on the 4th of July, at the headquarters of CERN (European Organisation for Nuclear Research) in Geneva, Fabiola Gianotti and Joe Incandela, spokespeople of the ATLAS and CMS experiments, announced the discovery of a new particle: the Higgs boson, better known as the «God particle». Since then, the man who discovered it, the Scotsman Peter Higgs, has become the most well known inventor among young people, who had him signing autographs like a rock star after his lecture at the European Parliament on the 27th November. Between one camera flash and the next, one of the last great scientists of our time shared his impressions with Mètode about the media coverage received, and what the future holds. 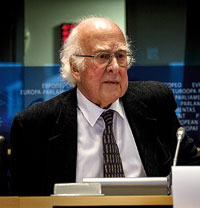 What do you think of the media coverage received by the Higgs boson discovery?

First of all, I have to say that calling it that [«Higgs boson»] means choosing from a list of numerous people involved in the investigation back in 1964. Nor do I agree with the statement that this all started in 1972, when someone associated my name with some characteristics of the series or the formula, and with conferences. However, going back to the point of media coverage, I would like to point out that my role has been overstated within the scientific community. The popular press puts its spotlight on me, when there are many other scientists who are also part of the project, such as the Dutch physicists Robert Brout and François Englert.

Has the discovery of this particle marked a turning point in the history of physics? Does the public understand the importance of what happened at CERN?

That’s obviously a difficult question because many people have been informed of how important it is, but how many people have understood the scientific underpinnings sufficiently? Why do people think it is important? It is hard to tell. 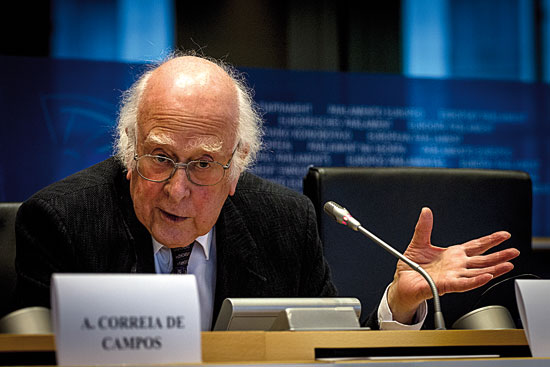 The particle discovered has been dubbed the «God particle». What do you think of the comparison between religion and science struck up by the media to explain the Higgs boson phenomenon? Perhaps it is easier for people that way?

Nevertheless, the name has been imprinted in the collective imagination. To your mind, do you think it makes any difference to the discovery itself whether it is called one thing or another?

I would prefer them not to have dubbed it the «God particle». This brings us to the question of what we mean by science and by breakthroughs, something clear and transparent.

«The popular press puts its spotlight on me, when there are many other scientists who are also part of the project»

In this respect, will society be prepared to understand what is happening around them without resorting to religious terms in the future?

Well, it may be that future discoveries will help people to understand the relevance of the current findings. Such discoveries can only be understood in a scientific context, without having to search for nicknames.

What does the future hold after this discovery?

People expect (well, at least theorists expect) that there are more undiscovered Higgs particles. Right now, the supersymmetric theory is the only one that serves as a model to understand things like dark matter in the universe. This theory states that there are at least five particles: the one that has been discovered and four more (two neutral and two with +/- charge). Thus, theorists –like John Ellis and myself– believe this will be the next discovery, but if this theory does not turn out, I don’t think people are very sure what the next step will be.
© Mètode 2013 - 76. Online only. Women and Science - Winter 2012/13